Setter Anden Hammack had a strong evening serving. She put together seven straight serves in set two. The Lady Cats were down 4-1 when she started and were up 8-4 after her last successful serve in the run. In set 3, the Lady Cats led only 13-7, when Hammack got points on 11 straight serves. After her last successful serve, the Lady Cats led 24-7. Kaylee Jefferson was also a dominating force at the net in set 3 with numerous kills that pounded the gym floor. All the Lady Cats got to play and Lady Cats Volleyball Coach Justin Maness said all of them contributed to the victory.

The Lady Cats have won five straight matches and their record is now 15-9. The Lady Cats host Liberty-Eylau next on Friday at 6 p.m. in Wildcats Gym. 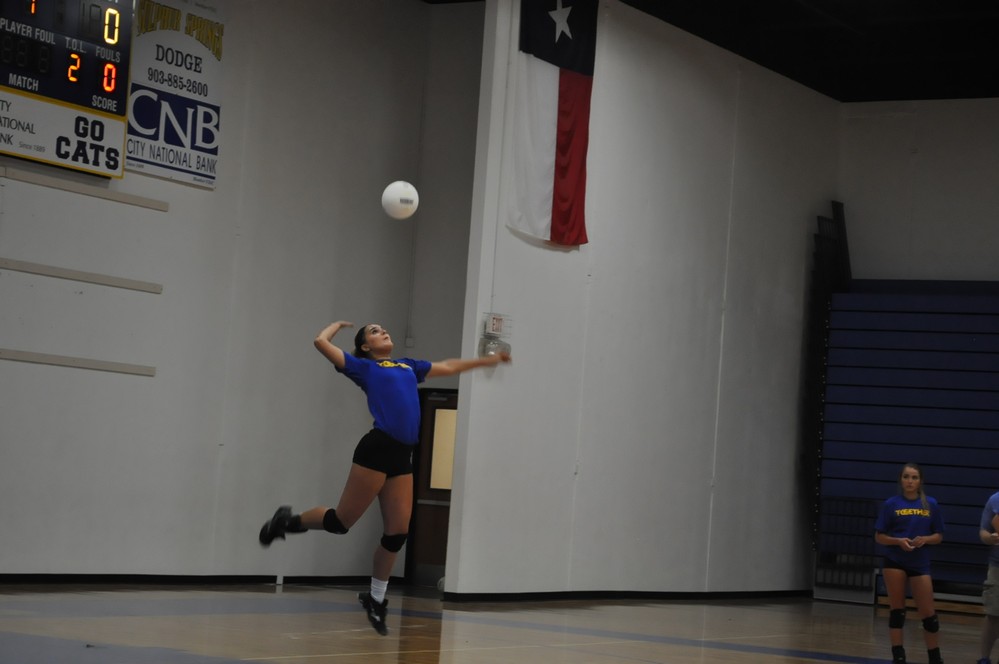