Some former Wildcats’ football stars showed up to watch the current Wildcats practice outside in the heat Monday afternoon. Observing were quarterback of the state champion Wildcats Tyrik Rollison along with former NFL player Kennan Clayton and former receiver Boo Evans and former safety Sharard Timmons. While the former players watched, the Wildcats continue to prepare for their first and only scrimmage this season at Liberty-Eylau Friday at 7 p.m.

Wildcats Offensive Coordinator Matt Young says L-E will provide a good test for his offense because of their pace of play on defense. He says the Wildcats won’t be able to get away with little things and will have to pay attention to details. Coach Young calls it a great opportunity and he says it’s what you want to continue to improve. He says Liberty-Eylau definitely will reveal where a team’s shortcomings are. Coach Young says he will be watching his team carefully to see their pace of play. He says he is interested in how the offensive line does against the Leopards. Coach Young says he’s looking forward to watching his running backs, how they handle the ball and how they do with ball security when they are hit. He says he is not only looking forward to how the Wildcats’ receivers catch the ball but also how well they block. Coach Young is also hoping his top players will get about 40 snaps or more during the scrimmage. 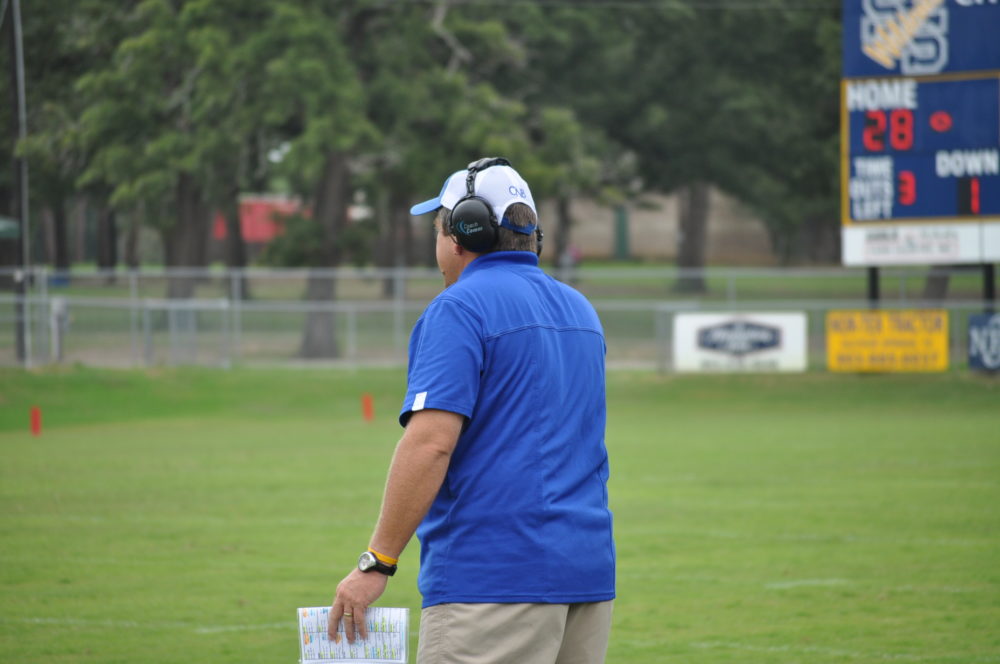