Sarah Nicole Joslin is a 13-year-old student at Sulphur Springs Middle School. On the weekend of July 15, she will head to the Metroplex to compete in the National American Miss Texas State Pageant to be held in the Westin Galleria Hotel. She will join a few dozen other young ladies in the Junior Teen age division who also desire the “Texas” title National American Miss with rights to compete at Nationals in Hollywood, California. 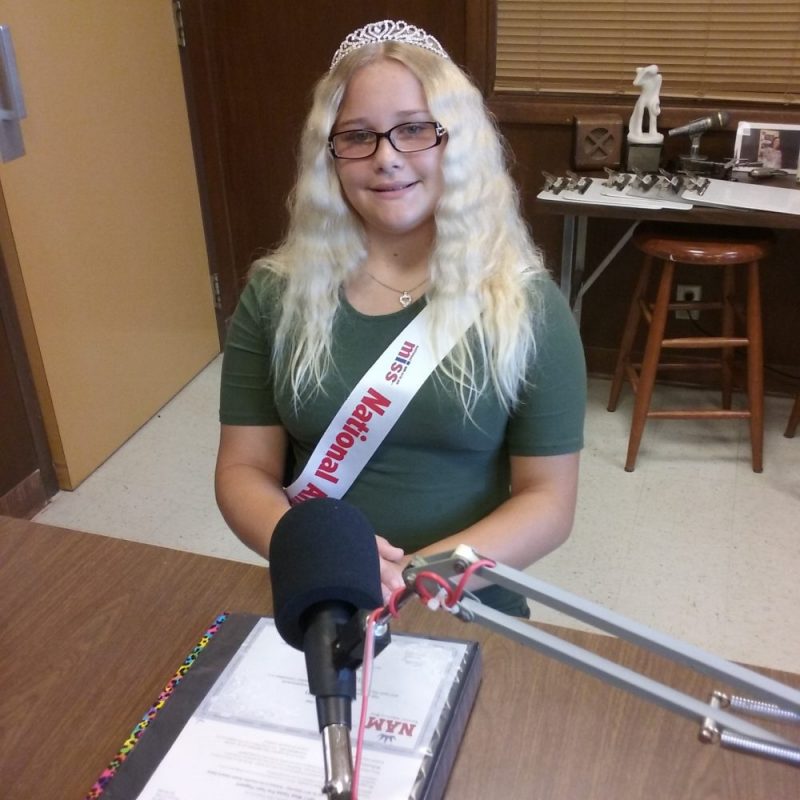 Sarah says she is like any other normal 13-year-old….she has a busy family with mom, dad, brother and cousins, and she has recently become an aunt. She has dogs and cats for pets, enjoys music and loves spending time with friends. Sarah also maintains a high grade point average…3.9…and that’s how she was selected for eligibility in the pageant. The National American Miss pageant is headquartered in Houston. It’s focus is on natural beauty, personality and intelligence… and not so much a “Miss America” staged persona. Last year was her first time as a contestant. According to Sarah, on the first day of the pageant, you will meet the judges. This is called Personal Introduction, and you get to sit down and answer some questions about yourself so they can get to know you better. Later you meet up with other girls in the contest and that’s when you start making friends! Later comes the Casual Wear competition. Your outfit and presentation is a way that you can show your own personality in the outfit you select, such as a jeans outfit or a church outfit. The big night of competition is called Formal Escort. Your formal dress or gown is shown off in the spotlight as you and your escort walk the stage in front of the cameras. The announcement of winners is made before the audience, but everybody feels like a winner by just being in the pageant. And you make some lifelong friends too!

Sarah’s mom, LaShae Joslin, invites anyone who would like to be a sponsorship donor for Sarah’s bid in the pageant to contact them at 903-689-6991. Proceeds will be used for travel and related expenses.