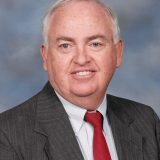 Wayne was preceded in death by his parents, Avon and Opal Scott.

Memorials can be made to Peerless Cemetery Association.