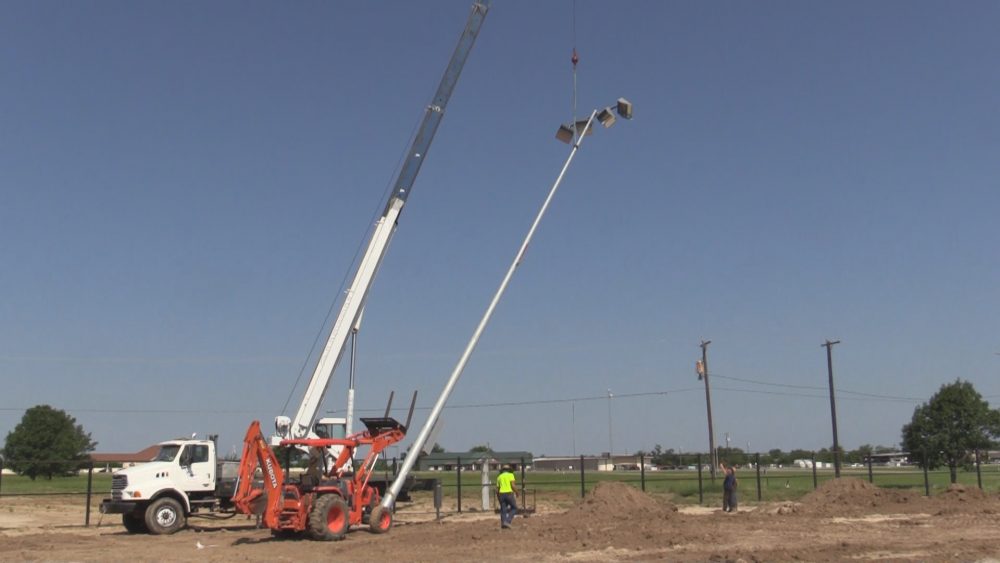 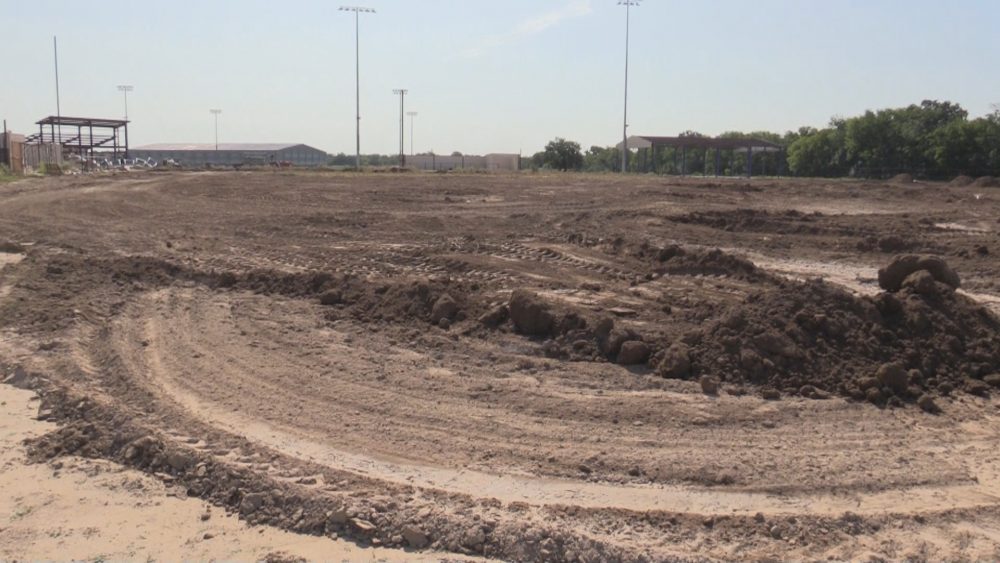 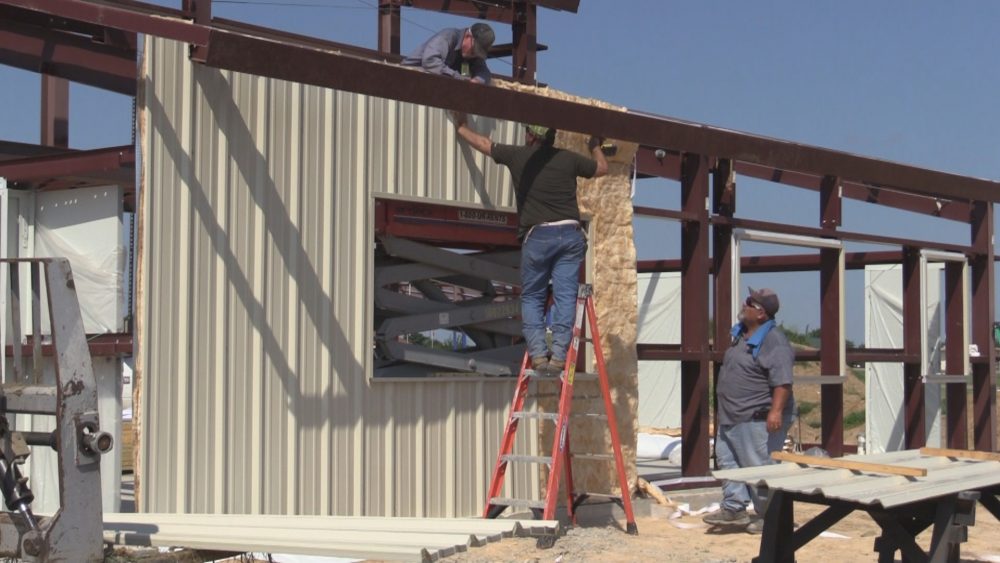 Tuesday the two-man baseball field crew worked to put a roof on the press box and concession stand at the new baseball field so they will have some shade to do interior work later in the day. An outside skin of sheeting material will soon be added to the buildings.

Deadline for completion of the new baseball field is January 1.