Wildcats Soccer Coach Nicky Wiggins had a good number of young soccer players turn out for night one of his four night boys and girls soccer camp at the Multipurpose Building Monday night from 6 p.m. until 8 p.m.. The camp runs through Thursday evening. There were about 60 kids entering kindergarten through the seventh grade and about a dozen older kids who will be entering the eighth or ninth grade.

Coach Wiggins said he enjoyed seeing some campers he recognized from years past and he added he was also glad to see some new faces. Coach Wiggins had the campers work on dribbling the ball and controlling it Monday night. He said the emphasis would be on passing Tuesday and shooting Wednesday. Thursday night the kids will get to play in a game to show what they have learned. Kids unable to attend Monday night are welcomed to come out later. Coach Wiggins said he would prorate the cost of the camp for those kids. 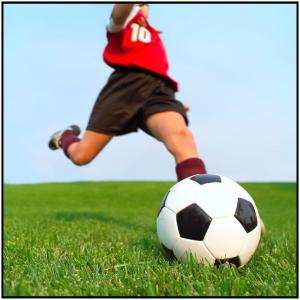