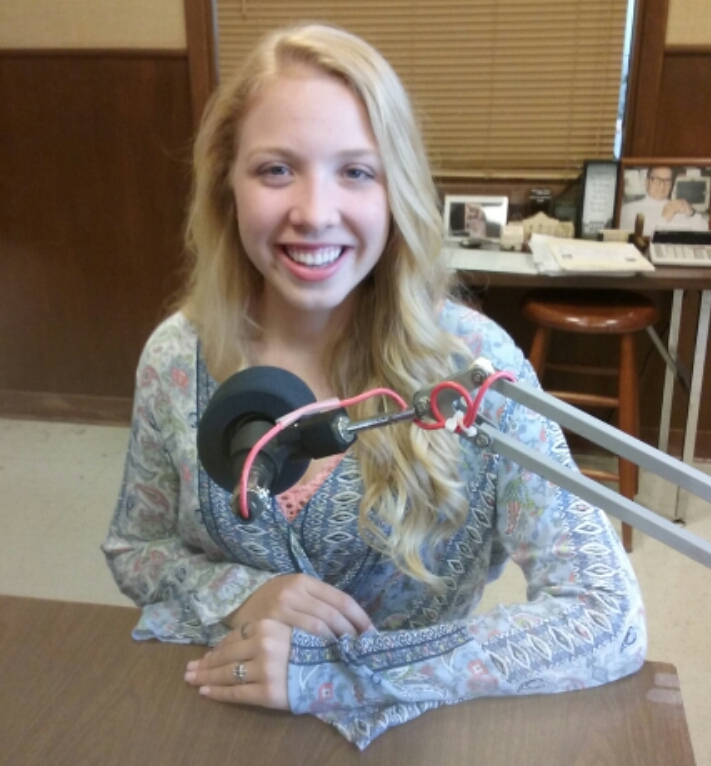 Sadie’s year as Hopkins County Dairy Festival Queen has been interesting and memorable. Visiting on the Morning Show, Sadie revealed that attending Chamber of Commerce ribbon-cuttings creates instant friendships with local leaders and businesspeople, and that riding on the Queen’s float is truly the best seat in the parade!  Competing and being crowned in last year’s pageant was truly a dream come true. Sadie possesses a strong creative drive, and during high school has channeled that through her music, drama and painting. She has enjoyed dramatic roles in local productions including “flying” onstage as Peter Pan and singing roles with the SSHS Drama Department. She has also been a student of the Septien Entertainment Group which helps develop young talent. Following graduation in May 2017, Sadie will be concentrating on vocal performance at Belmont College in Nashville, working toward a career in the music industry. However, this summer she will continue as a Septien Master Artist, performing at House of Blues in Dallas on Sunday June 25 and in Los Angeles, California in July. At the Pageant and Coronation on Saturday June 17, be in attendance as Sadie performs an original song “Over” and takes her farewell walk as Hopkins County Dairy Festival Queen.