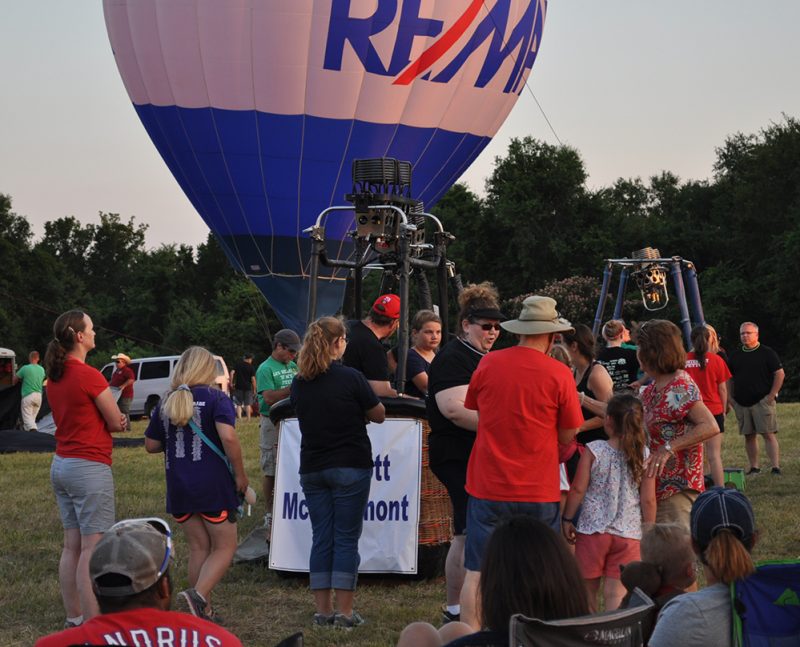 Saturday Night’s Hot Air -Balloon Glow was spectacular! Approximately 30+ balloons were on the ground at Shannon Oaks Church of Christ at 6:00 pm. The expected balloon flights were cancelled due to weather restrictions and high winds. A few balloon baskets were set up front for families to climb in and take pictures with some  of the flight crews and the rest of the pilots let families take pictures up close in front of the inflated balloons.  The Stone Grove Band was on hand to capture the mood of the evening with  popular oldies and crowd pleasing songs.  They rocked out the night with a saxophone, and flutes accompaniments to the band.

Hundreds of families gathered on the lawn with blankets and lawn chairs to watch the event.  Some even brought their four legged friends.  It was a pleasant evening with a gentle breeze. Everyone enjoyed watching the balloons inflate and glow off and on through out the night.  The mosaic of colors and lights from the balloons that were illuminated at a variety of different times filled the skyline and created a festive, fun time for everyone. 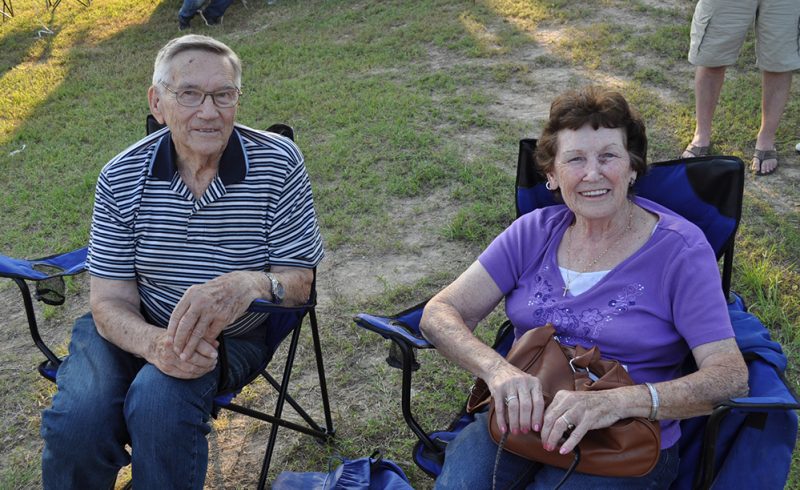 Shirley Brock and Rob Griffin said the balloons were their favorite part of the Dairy Festival. Originally from Kansas, Shirley commented that she visited the Dairy Festival many times, even when she had lived in Kansas. Her granddaughter Megan Brock, was a  former Sulphur Spring Dairy Festival Queen. 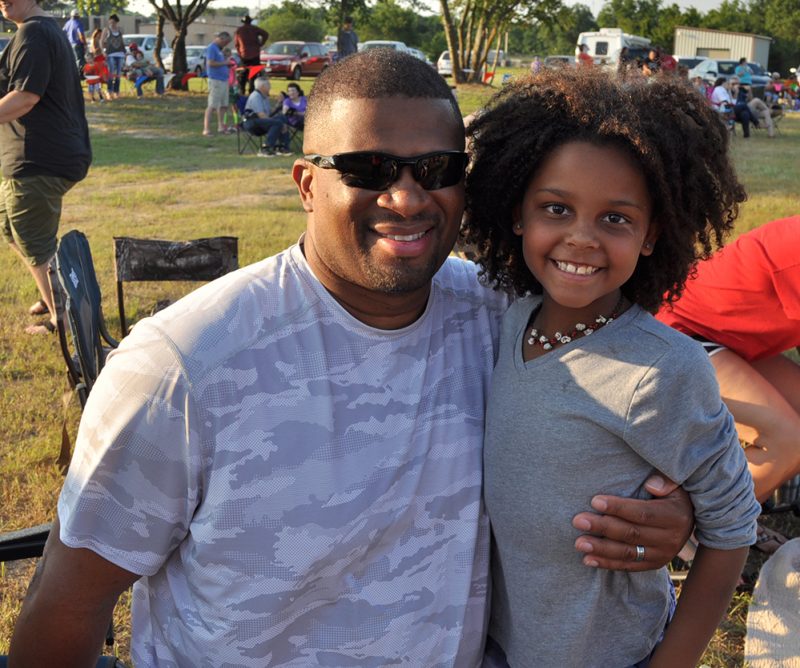 Derrick Dillion was in attendance with his niece Ashlynn Reed from Pickton.  They have been attending the Dairy Festival since moving from Chicago 5 years ago. Dillon’s Favorite part of the festival is the Ice Cream Freeze Off competition. His favorite flavor of ice cream this year was Pecan Pie.  Ashlynn’s favorite part was collecting candy at the Parade. 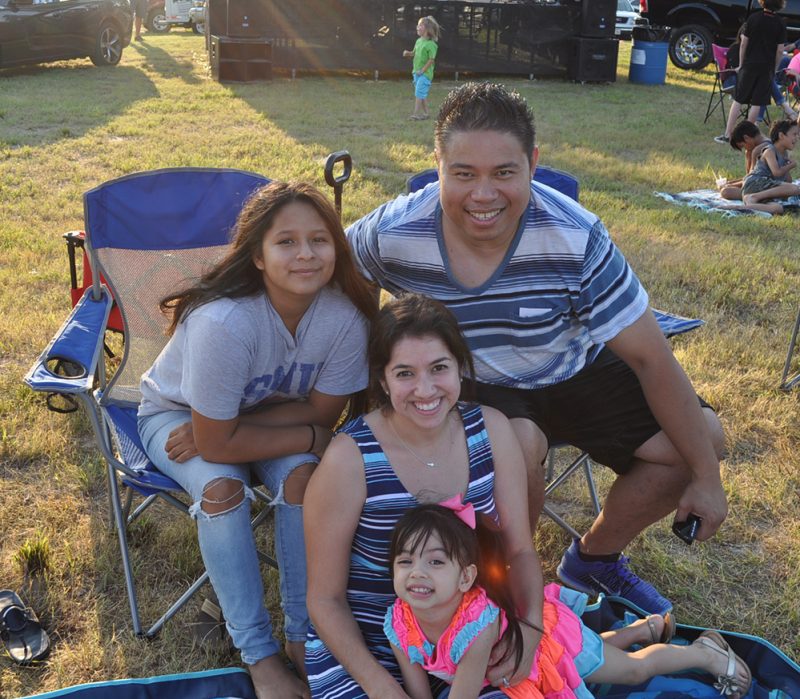 Sara Belmonte and her family were excited to see the Balloon Glow event for the first time. Belmonte explained that they’ve visited the Dairy Festival for the last 10 years, but have only attended the Ice-Cream Freeze Off . Belmonte’s youngest daughter, Angel, said her favorite part was the ice cream. Her favorite flavor was chocolate. The Belmonte family first heard about the Dairy Festival from an aunt who lives in Brashear. 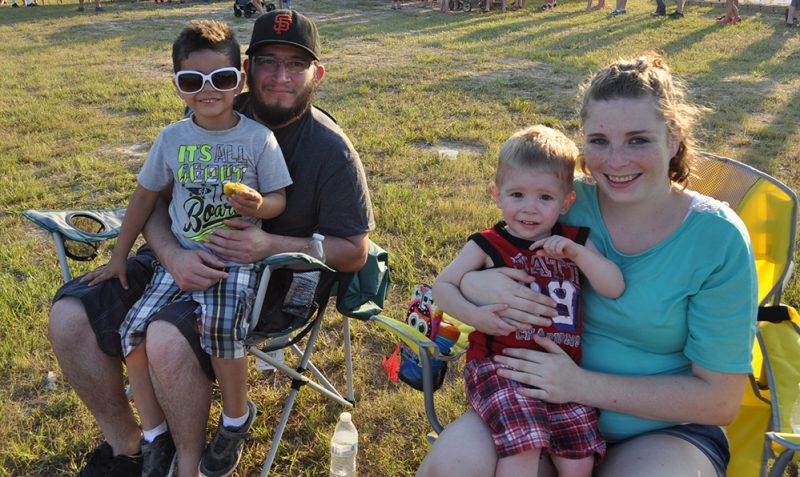 Ashley Ward and family are Sulphur Springs locals who enjoy the Dairy Festival every year. Ward’s favorite part of the festival was the hot air balloons because her “kids are fascinated by them.” 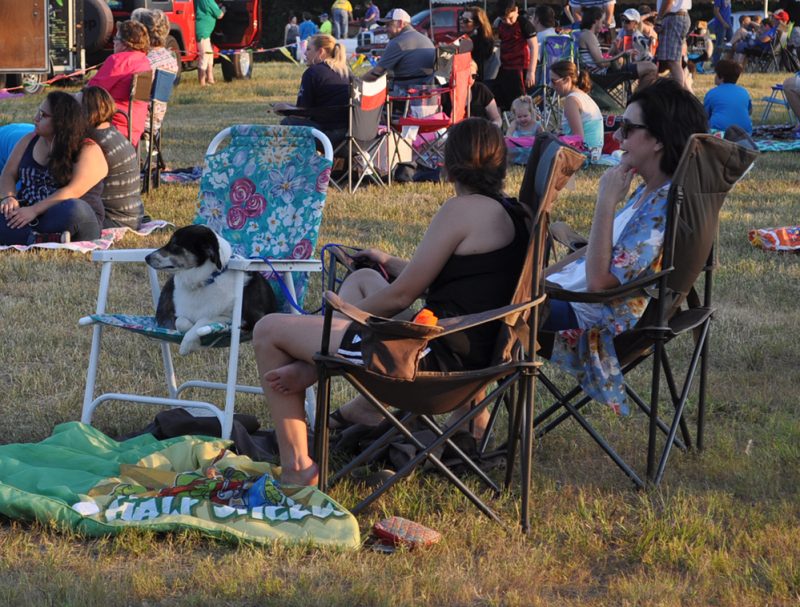 Tye Boatman was in attendance with her well behaved dog, Cutter. Boatman has been coming to the festival her whole life. Her family owns a dairy, her son was in the parade, and her daughter was showing at the junior cow show. Her favorite part of the festival is the Dairy Junior Show. Boatman laughed as her dog, Cutter enjoyed the music and the Balloon Glow event by  sitting  in her chair. Boatman asked Cutter to “Smile for the camera!” and Cutter, of course. happily complied. 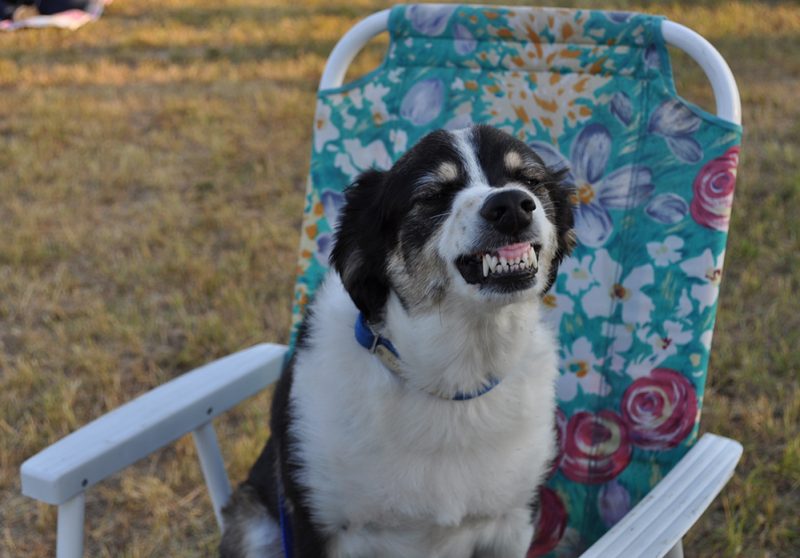