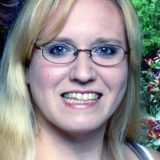 Delana Ann Frances Barker, age 42 of Winnsboro, passed away on Saturday, June 10th, 2017 in Winnsboro. She was born on July 5th, 1974 in Louisville, Kentucky.

She was preceded in death by parents, Elaine and Ray Brown and son William Barker.