A Chat with 2017 Dairy Festival Board President

Home » Community Events » A Chat with 2017 Dairy Festival Board President

In her KSST Morning Show interview with Enola Gay on June 1, Carolyn expressed her appreciation to the other board members for their dedication and hard work year after year and festival after festival. This being the 58th annual Dairy Festival, Carolyn gave a grateful nod to board member Lynda Hager who has served in almost every capacity for over 50 years! All the committee members are ready for a great 2017 Festival, and they invite you to “Opening Ceremonies” on Celebration Plaza at 12 noon Friday June 9.

Dairy Festival is a celebration of the dairy industry and the bounty it has brought to Hopkins County. This year’s Grand Marshals will be Joe Don Pogue and David Fowler. Parade Marshals will be the Bobby McDonald family. In fact, the annual Milking Contest has been renamed the Bobby McDonald Milking Contest in honor of his years of assistance. Early on, Bobby supplied cows from his herd for the contestants to milk, and in later years continued to promote this unique element of the Festival. Be sure and attend the Milking Contest at 4pm on Saturday June 10 under the shade trees on the Civic Center grounds. Contestants will include Queen hopefuls and their parents as well as hot air balloon pilots and their families.

Hopkins County Chamber of Commerce CEO Lezley Brown took the theme “It’s Your Moo-ve” to heart and announced a move in time and location for  the Texas State Championship Homemade Ice Cream Freeze-off. It will be held on the front lawn of Shannon Oaks Church starting at 5:30pm on Saturday June 10. All-you-can-eat homemade ice cream will be served until it’s all gone at a cost of $3 per person. If you think you’re a pretty good homemade ice cream “cook”, enter the contest and compete for prizes and title. It’s easy and it’s free! Just contact the Chamber at 903-885-1661 or visit at 300 Connally Street. Complete rules and categories are posted at hopkinschamber.org.

A Dairy Festival Carnival will be set up at the Civic Center June 7-10 as the very first activity of this year’s festival.

During all this activity, watch for the Dairy Festival Queen Contestants who will be out meeting people and selling tickets to the Pageant set for June 17 in the SSHS Auditorium of the Civic Center at 7pm. 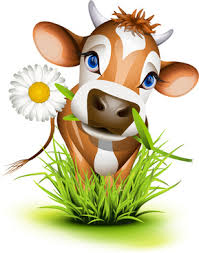