Wildcats Baseball Coach Jerrod Hammack wanted his team to show fans of highly state ranked Frisco Wakeland that the Sulphur Springs Wildcats were a pretty good team also. Coach Hammack ended up disappointed because he felt his team didn’t bring their A game to game one on the big stage of the area playoffs at Frisco Wakeland Thursday night.

The Wolverines won by the deceiving score of 6-0. They only scored a single earned run on just six hits. What Wakeland lacked on the offensive end, they more than made up for in quality pitching. Starter Luke Scaggs, who got the win, threw six scoreless innings allowing the Wildcats only 4 hits. Scaggs struck out 11 and walked only one. Brian Meissner set the Wildcats down in order in the seventh to wrap up the game.

Wildcats starter Ryan Humphries, who took the loss, deserved a better fate. Humphries threw 94 pitches in five innings and allowed 3 runs, but only 1 earned, on five hits. Humphries struck out five and walked two. Humphries also had the Wildcats loudest hit of the night. He got the game’s first hit as he drove a shot to the wall in left center field for a double with one out in the top of the second inning. Kaden Argenbright, Heston Golightly and Dawson Draper all had singles during the game.

On defense, the Wildcats dropped two fly balls, overthrew home plate, hit a batter, had a wild pitch and passed ball and committed a balk. Wakeland takes a 1-0 lead in the series.

Game two is now at Eagle Stadium Friday at 7:30 p.m. Triston McCormick is expected to pitch for the Wildcats, who must win or their season is over. The Wildcats season record is now 18-9-2. 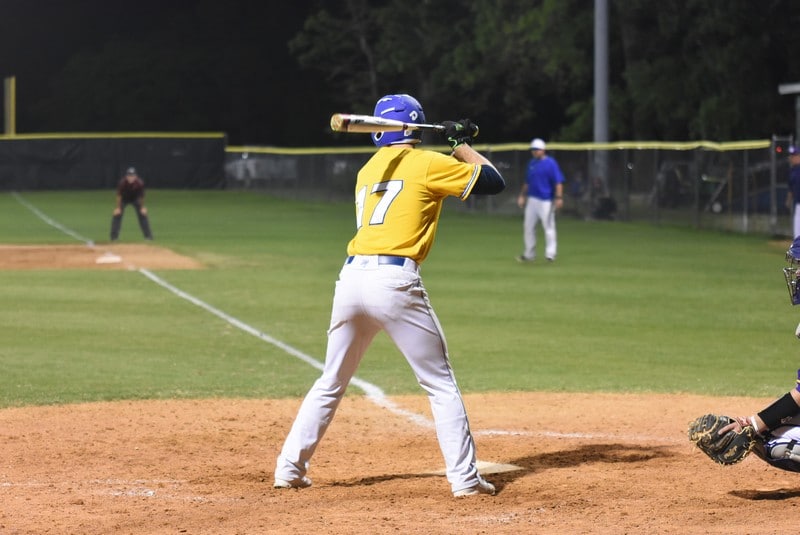