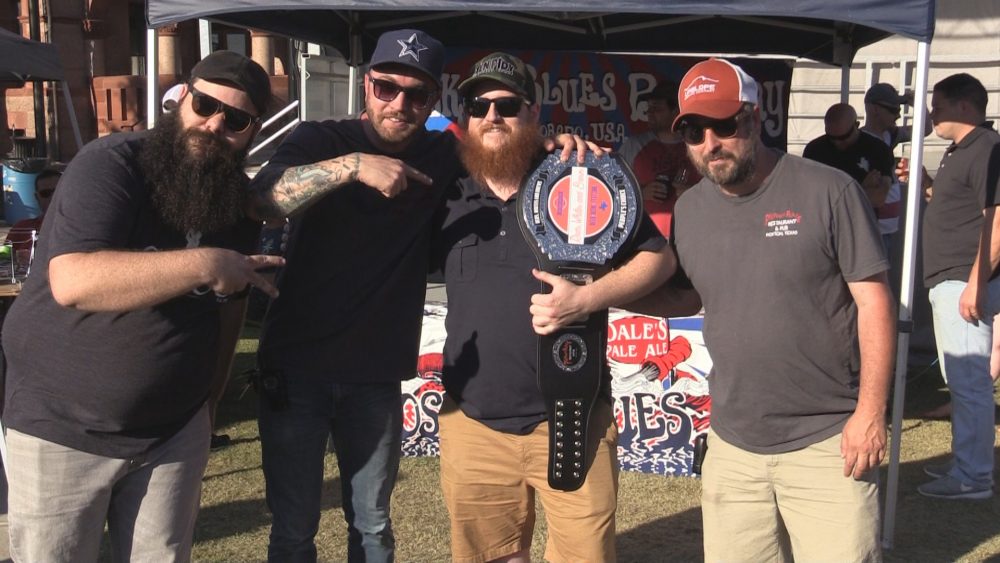 Foster said a great layout, positive feedback, and workers being on time enabled the event to be “very smooth”. He noted that Buried Bones Foundation had not ask for a large number of sponsors and noted that donations to conduct the event did not drive the final monetary results of the event. Monday afternoon, Foster told KSST News that he had returned to run his business, Foster’s Place in Pickton, and had not spent any time in the financials of the event that day. However, he did mail the check to the beer distributor Monday and will pay for the ice Tuesday. He said that some time Wednesday or Thursday, he hopes to have the final results and prepare checks for the city animal shelter and Hearts of Life Animal Rescue. A portion of the proceeds will be used to serve as seed money for next year’s event.

Foster told KSST News that he would report the amounts given to the two entities and the amount of seed money to KSST. He and his partner Matt Dunn have said they will not be paid for their management and promotion of the event.

City Manager Marc Maxwell said the event was a success by any standard.