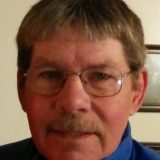 Funeral Service for Thomas Lee Glasshoff, age 65, of Sulphur Springs, will be held at 2:P00 PM. Tuesday, May 16, 2017 at Tapp Funeral Home with  Justin Wilson officiating.  Serving as pallbearers will be Jesse Glasshoff, Chad Glasshoff, Jared Glasshoff and Shauntel Jones.  Visitation is scheduled for Monday, May 15 from 6:00 to 8:00 PM.

Mr. Glasshoff passed away Thursday, May 11, 2017 at his residence in Sulphur Springs. He was born on May 19, 1951 to Harry P. Glasshoff and Ida Stodola Glasshoff in Omaha, Nebraska. Thomas was raised Catholic and retire from R.K. Hall (was a road builder).