Giving high praise to the tenacity of Hopkins County Deputy Corporal Todd Evans, Harold McClure with the Special Crimes Unit told KSST News that a four year search for Melroy Givens, 44, had come to a satisfactory end Wednesday, May 3, 2017, just before noon in DeSoto, Texas. Givens, a former resident of Sulphur Springs and now in Hopkins County Jail, was found at his residence in DeSoto. 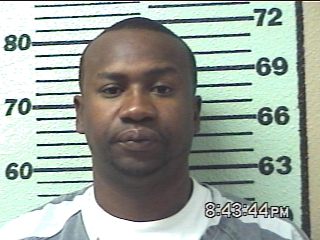 McClure, in an interview to be aired on KSST Radio and Channel 18 Thursday, May 4th, said that Givens was wanted on three indictment warrants for Manufacture Delivery of a Controlled Substance Penalty Group 1,less than 1-gram in a Drug Free Zone and on a Blue Warrant (State Warrant) for Violation of Parole. McClure stated that the search for Givens began shortly after he was released from prison on parole in 2013 and violated that parole with the drug charges. Givens experiences with law enforcement began with theft in 1990 and moved into the drug scene in 1994.

McClure stated the search for Givens had been a roller coaster moving from strong leads to a near cold case off and on over the past four years. However, in recent months McClure had been given information regarding Givens whereabouts pointing toward DeSoto. He stated that Federal Marshalls had also been assisting in the search. The one deciding factor in the location for Wednesday’s arrest came from Corporal Evans. McClure stated that Evans had found and followed leads that convinced McClure and Hopkins County Criminal Investigator Corley Weatherford that Givens was at a specific address in DeSoto. McClure, Weatherford, Evans, and others along with the DeSoto Police made the call at the residence and the arrest was made.

Givens was taken before a Justice of the Peace in DeSoto for a magistrates hearing and, as of 4 p.m. Wednesday afternoon, was residing in the Hopkins County Jail.