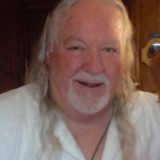 Memorial service for Steven E. Semple, 68, of Edgewood, will be held at 2:00 p.m., Thursday, May 18, 2017 at Shannon Oaks Church with Eric Godwin officiating. There will be no formal visitation. Mr. Semple passed away on Saturday, May 13, 2017 in Greenville, TX.

He was born on December 9, 1948 in Philadelphia, PA, the son of Donald and Jacqueline Troy Semple. He married Marlean Dubry on March 18, 2017 in Hopkins County. She survives. He served in the United States Army and later worked as an auto sales manager for many years.

He was preceded in death by his mother and sister, Beverly Switala.