According to Fishing Team coach and sponsor Norman Sanders, the 20 students in the SSISD angling program have had a great year, and are about to take their boats to Lake Ray Roberts to State competition this weekend. Three 2-man teams have risen to the surface…Braden Katchinska/Matt Reynolds…Skyler Long/Sloan McGahee…and Sam Scott/Hagan Hunt. …and will enter competition with about 200 other high school teams from Houston, Odessa-Permian, Northeast and Southeast Texas.  The tournament is May 19-21, 2017. The SSHS anglers have fished in 5 open tournaments this year, earning points for the most weight in a 5-fish limit at weight-in. Last month, the qualifying tournament for state hopefuls was held on Lake Palestine, and total points earned qualified our teams  to compete against the top 40 percent of Texas high school fishing teams. All teams are members of the Texas High School Bass Association. About six years ago, Norman Sanders, a campus police officer at Sulphur Springs Middle School took the bait to sponsor the Fishing Team and has taken students to State each year. 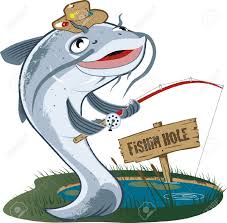