Who Did We Spot At The Saturday Morning Farmers Market?

Home » Community Events » Who Did We Spot At The Saturday Morning Farmers Market? 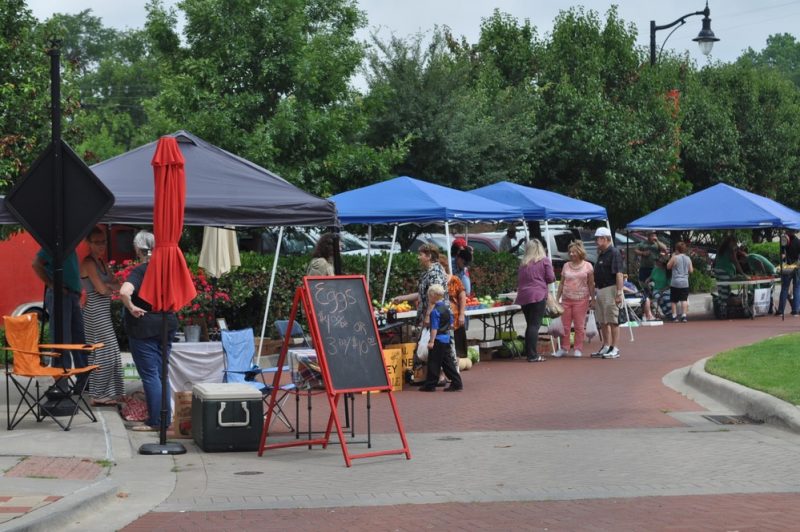 Saturday’s Morning Market was bustling with people and vendors on the northwest corner just off Celebration plaza on square. The market covered the entire street between Alliance Bank and City National.

Chad Bourquin and his nephew were selling fresh vegetables and fruits. “I’ll be honest with you about my produce. You can trust the quality, I threw out cherries that I got just because they didn’t taste the way I wanted them to. I wouldn’t serve you anything I wouldn’t put on my own table.” Chad said proudly as customers looked at his variety of vegetables which included tomatoes, onions, and squash. He also had a bunch of fruits such as strawberries, blackberries, cantaloupe, watermelons, and cherries.

Barrett (5th grader) and Cooper (3rd grader) Thesing were there selling fresh herbs and hand-squeezed lemonade. “The rosemary is from my garden at home, the sage and everything else is from my grandfather’s farm…We water [the herbs and vegetables] every day, and we’re going to just start with [herbs] and then we might branch out into vegetables. We grew these little tomatoes and tiny carrots, they don’t look right, but they taste amazing.”

Nancy Ferguson sold antique newspapers from World War II. “I bought these in an antique store in North Carolina, a whole stack of them. They were the original Stars and Stripes paper from World War II. Someone probably collected them, and brought them home after the war. I probably have 80 or so at home, and I thought I’d sell some sine it’s Memorial Day weekend…Anyone who remembers the war would enjoy them. It’s just WWII history you can even take them out of the frame and read them.”

Inmates from the Hopkins County Jail were there selling produce from the trustee farm. Giant, as well as regular zucchini, Italian zucchini, squash, tomatoes, and onions were sold. They also offered a mix and match option where you could purchase a variety of vegetables. Proceeds fund the garden.

Bobby Carpenter, a licensed canner, from Midway Farms was also at the morning market. Over the course of four days, she canned 153 jars of jam. “We raise 90% of what we can, and all our vegetables are grown locally. About 75% maybe 80% of what we canned this week was pickles. My daughter-in-law cuts them and I stuffed the jars.” She makes fresh bread too, and is even thinking about baking fried pies.

The market will be open next Saturday and through the summer, for people to buy fresh produce and enjoy the morning market! 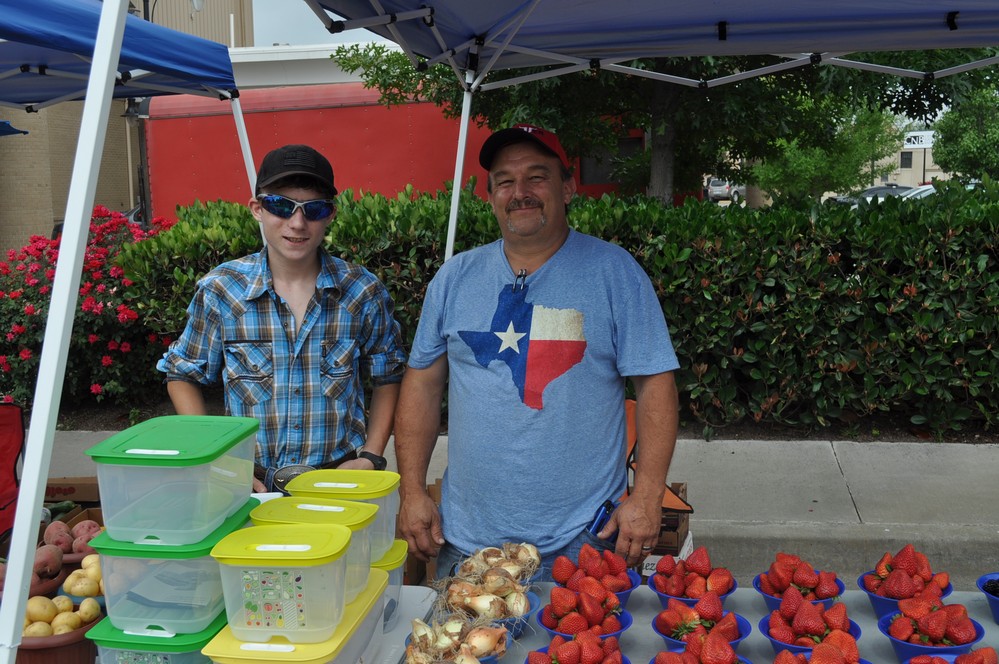 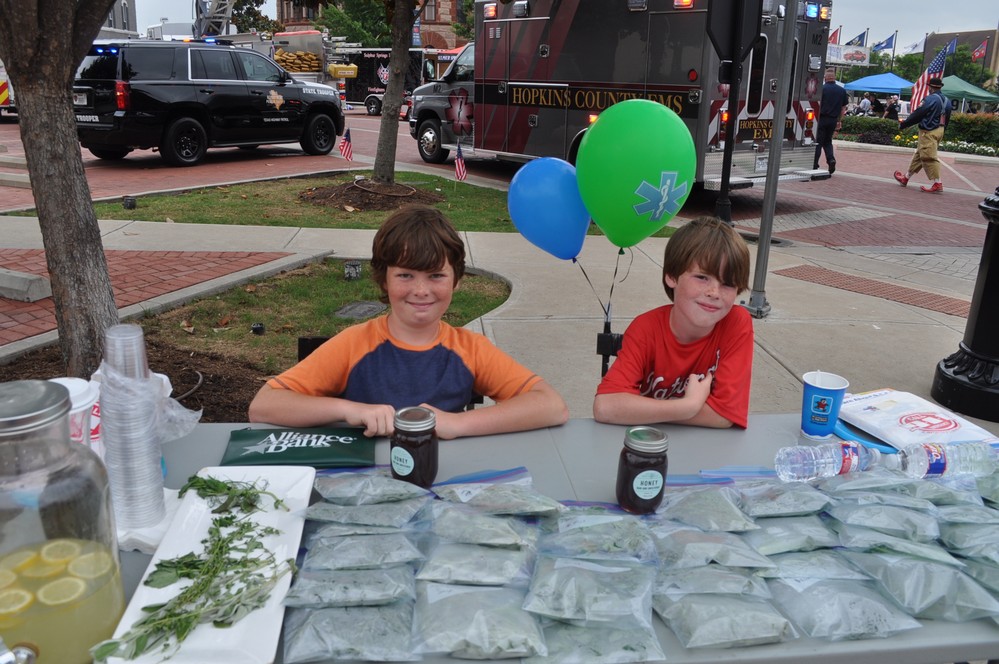 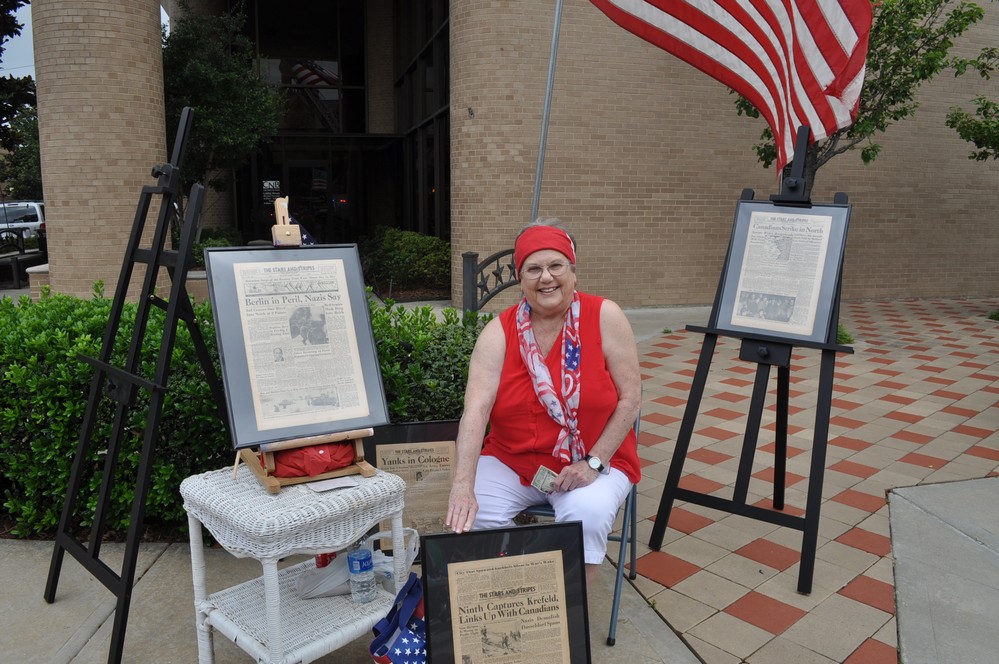 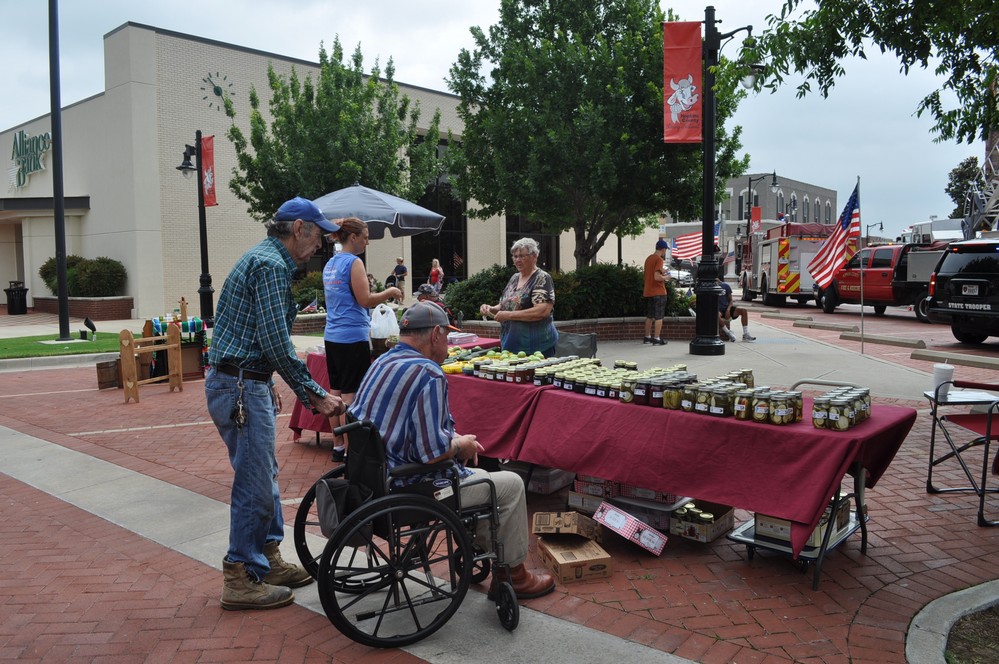 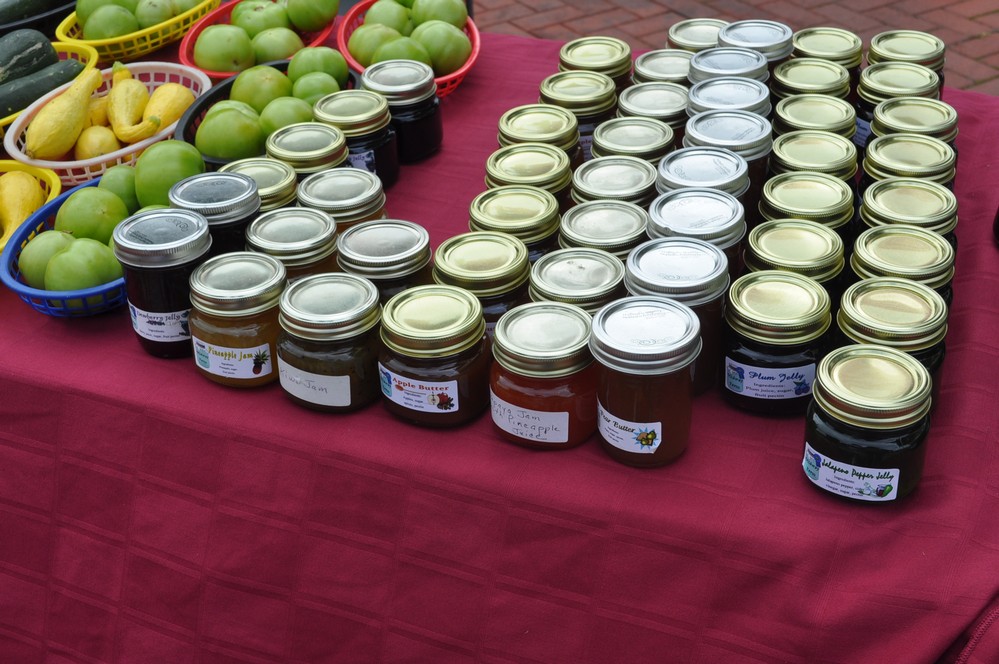 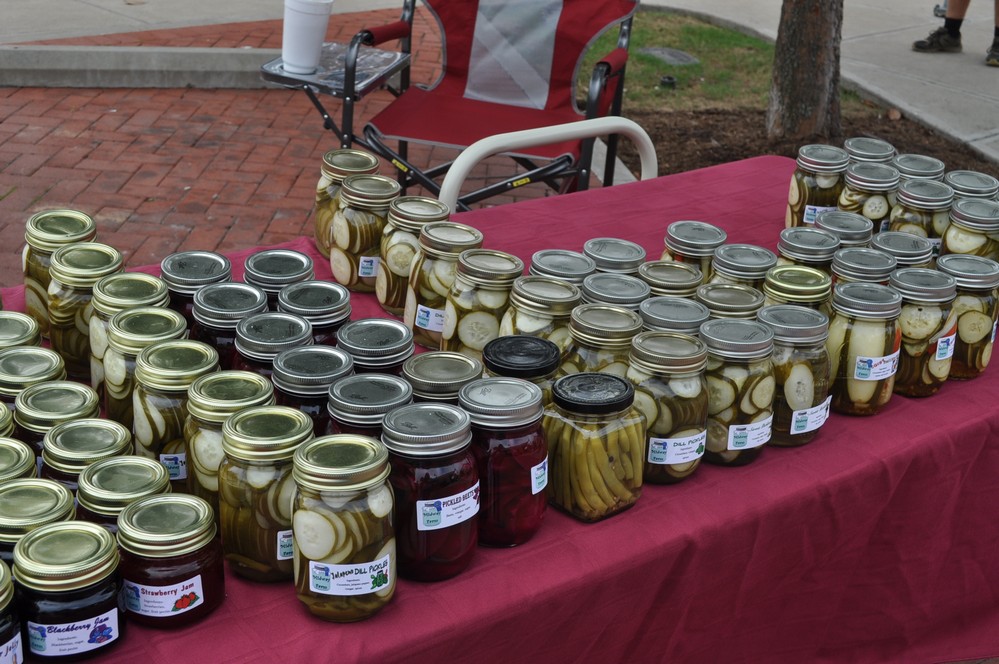 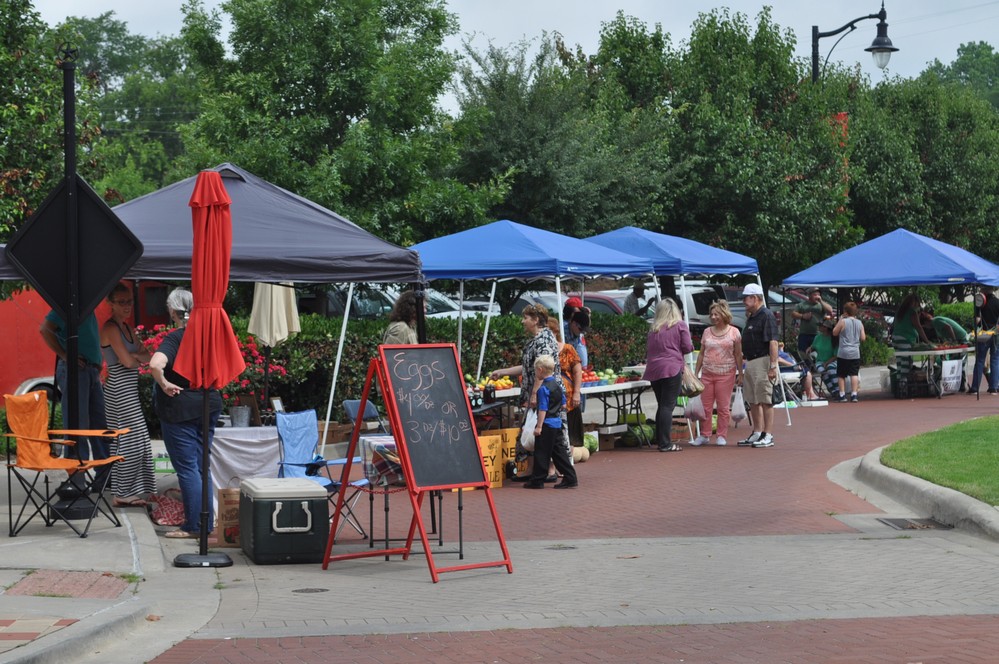 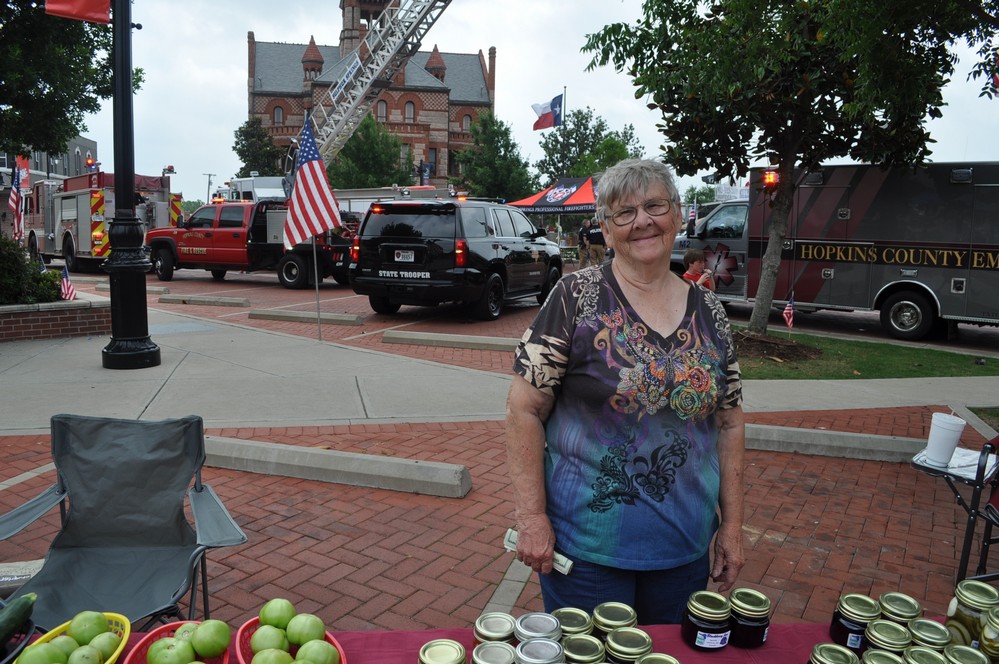 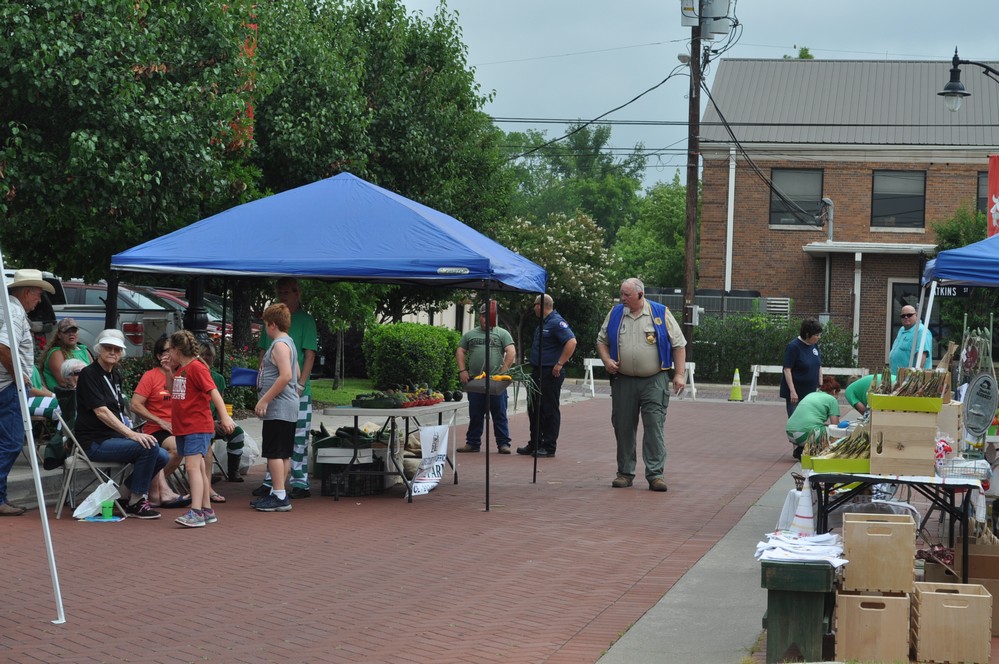 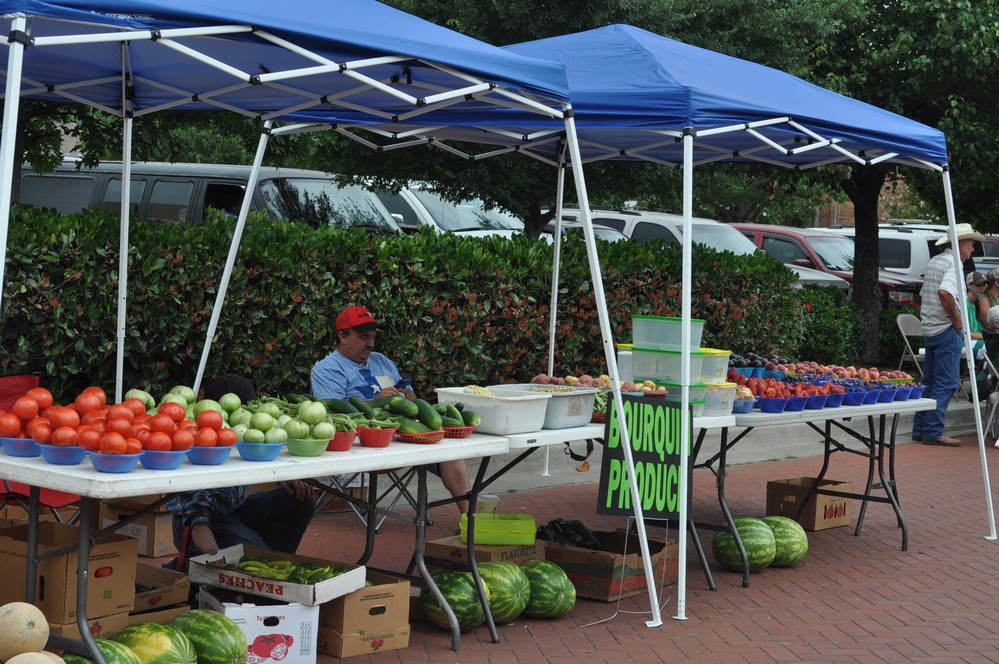 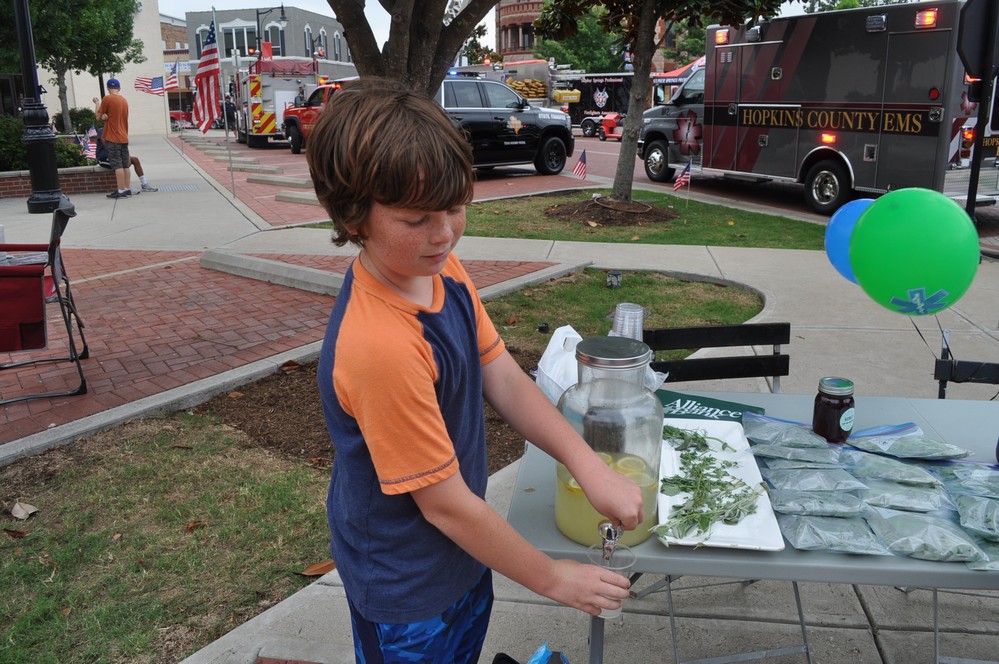 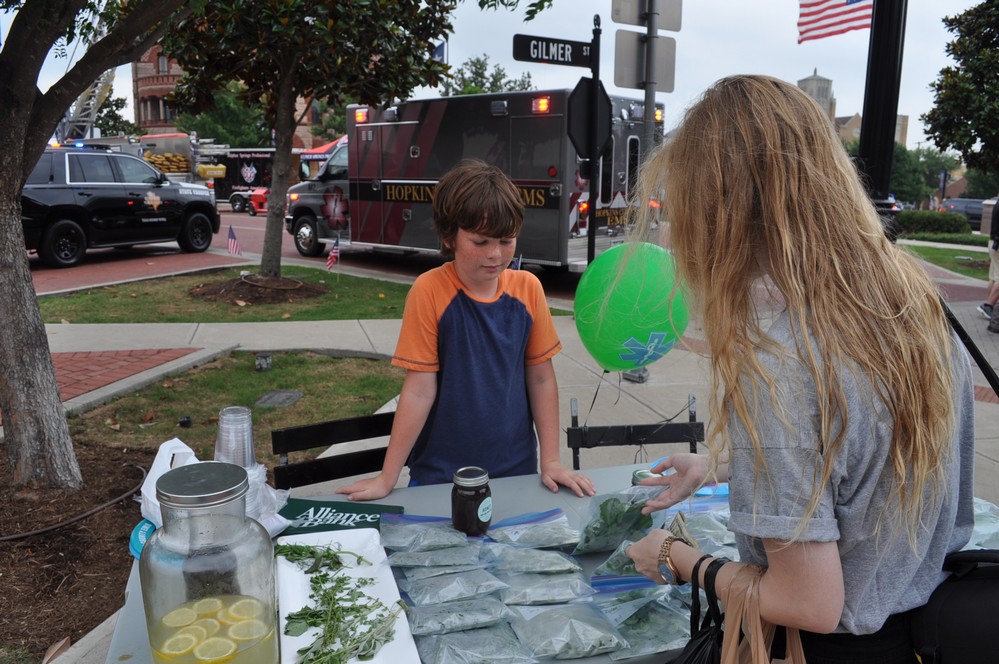