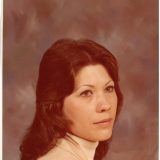 Funeral service for Sandra Kay Jones, age 69, of Emory, will be held 2:00 pm, Friday, June 2, 2017, at First Assembly of God in Emory.  Bro. Monte Parker will officiate. Interment will follow in Smyrna Cemetery. Visitation will be one hour prior to service time.

Sandra Kay Jones passed away in the early morning hours of Wednesday, May 31, 2017, at Senior Suite Care and Rehab in Emory. She was born in Dallas, Feb. 4, 1948, to Travis Hershel (Tab) and Julia Mae (Dodie) Lynch Northcutt. During her working years, she worked as a CNA in nursing homes, as well as a house mother in a MHMR facility. She attended First Assembly of God Church in Emory. Sandra loved her children and grandchildren and was very proud of all of them.

Preceded in death by: Father, and, Granddaughter, Natalie Davis

Arrangements have been entrusted to Wilson-Orwosky Funeral Home in Emory.