Thursday afternoon at City Cemetery in Sulphur Springs, Mayor Emily Glass read a proclamation naming Friday, May 26, 2017 Red Poppy Day in the city. In the proclamation she invites residents “…to join in observing the day to honor every service-member who has died in the name of liberty, freedom and democracy while also showing their support for living veterans, service-members and their families.”

Members of and veterans of the military had been invited to attend.

WHEREAS, poppies are worn and displayed as a symbolic tribute to our fallen and the future of living veterans and service members; and

WHEREAS, at the end of World War I, The American Legion adopted the poppy as a symbol of freedom and the blood sacrificed by troops in wartimes; and

WHEREAS, the use of the poppy symbolically comes from the poem In Flanders Fields, which movingly begins, “In Flanders Fields the poppies blow, between the crosses, row on row”, referring to the poppies that sprang up in the churned earth of battlefields across Belgium and France where soldiers died fighting ; and 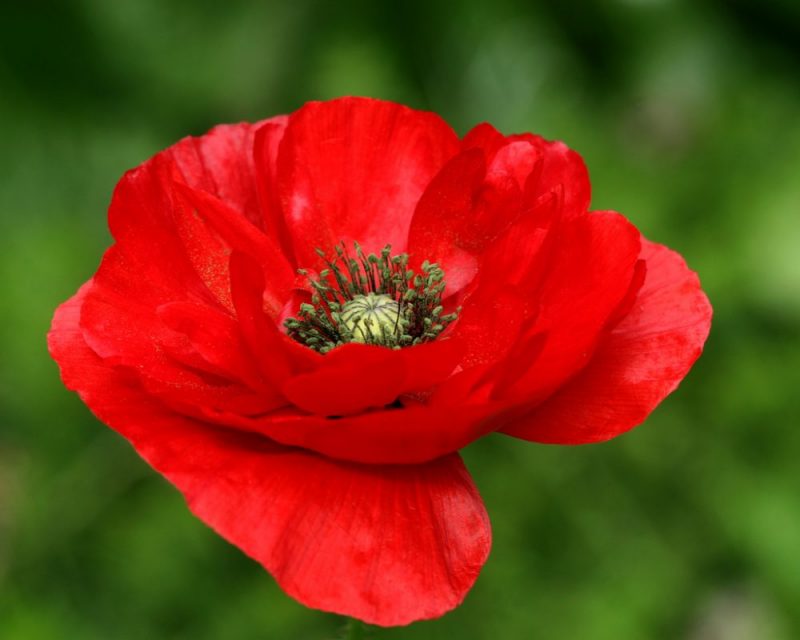 WHEREAS, The American Legion Family has long utilized the red poppy as its official flower, symbolizing the blood shed by those who have served in our U. S. military, and it is fitting that as The American Legion and the American Legion Auxiliary approach their 100th anniversaries, they expand the meaning and the symbolism of the poppy, mirroring the manner in which the poppy is symbolically showcased in England and Canada in celebratory fashion on their Remembrance Day, also known as Armistice Day and Poppy Day; and

WHEREAS, wearing a poppy will unite citizens from across the country who decide to show their patriotism; and

WHEREAS, the City of Sulphur Springs, Texas, supports the designation of May 26, 2017, as “National Poppy Day” and recognizes the importance of honoring those that have worn our nation’s uniform.

NOW, THEREFORE, I, Emily Glass, by virtue of authority vested in me as Mayor, and on behalf of the entire City Council, do hereby proclaim May 26, 2017, as RED POPPY DAY and encourage our citizens and visitors in Sulphur Springs to join in observing this day to honor every service-member who has died in the name of liberty, freedom and democracy while also showing their support for living veterans, service-members and their families.