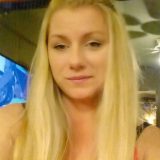 Lacey Allison Hitch Speed was born on June 4, 1986, in Dallas, Texas, the daughter of Renee Rushing Barner and William Hitch.  She married Roger Speed in Sulphur Springs, on February 17, 2014.  She was a homemaker.

She was preceded in death by her son, Taylor Speed.