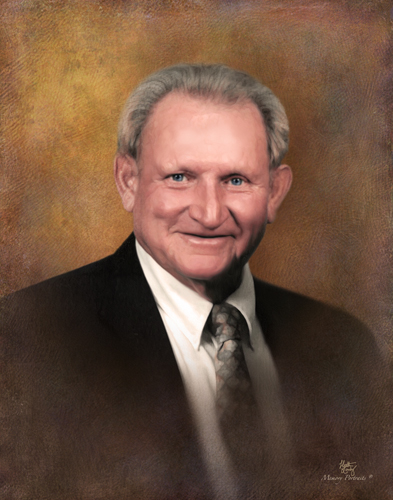 Funeral services for Kenneth Verl Stovall, 85, of Sulphur Springs, will be held at 2:00 p.m., Wednesday, May 3, 2017 at Spence Chapel at First Baptist Church with Bro. Fred Lewis and Bro. Mark Bryant officiating. Visitation will be held from 1:00 to 2:00 p.m., prior to service. Interment will be held at Lone Valley Cemetery in Sims, AR with Michael McIntosh, Jimmy McIntosh, B.J. McKinney, Alisa Simmons, Greg McKinney, and Tony Stephens serving as pallbearers. Ken passed away on Sunday, April 30, 2017 at his residence.

He was born on December 12, 1931 in Pencil Bluff, AR, the son of Felbert L. and Florene Carter Stovall. He served as a Staff-Sergeant in the United States Air Force. He married Carolyn Walker Stephens on February 14, 1976 in Irving, TX. She survives. He worked as a long-haul trucker for many years and received the Two-Million Mile Safe Driving Award. He owned a logistics business in the late 80’s. He was a member of the First Baptist Church of Sulphur Springs.

He was preceded in death by his parents, and stepson Jeff Stephens.