Harbin Signs With University of The Ozarks

Home » Headlines » Harbin Signs With University of The Ozarks

Harrison Harbin, a four-year member of the Wildcats’ tennis team, signed a letter of intent to play tennis at the University of The Ozarks in Arkansas Thursday morning. 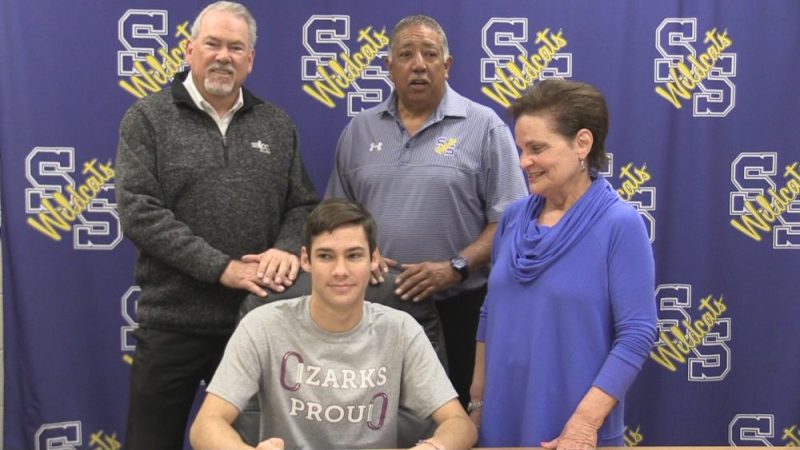 Harbin says University of The Ozarks is in Clarksville, Arkansas, a small town that reminds him of Sulphur Springs. Harbin says it is about four hours from here.He says it had a good feel to it, the tennis team was very welcoming, he says he was happy with what he saw and he adds he can’t wait to get there.

Harbin says the Eagles’ tennis program is rather young but is growing. They are getting some new tennis courts. He looks forward to being a part of the growing program. Harbin believes he’ll play doubles in college but he says he wouldn’t mind playing mixed doubles or even singles. He says he likes singles the most but adds he has had a lot of experience playing doubles. Harbin says he loved every minute of his high school career.

He hopes to study physical education to become either a tennis coach or a country club pro. Harbin says he loves tennis and he says you never work a day in your life if you are doing what you love.