With three practices this week, the Wildcats’ football team is just about at the halfway mark for spring practice. It was an interesting three days this week.

Wildcats Football Coach Greg Owens said Tuesday was a little sloppy. It was the first outdoor practice and Coach Owens said the team did not adapt well to the humidity plus he said they had a hard time getting their rhythm back after having four days off. He said coaches challenged team members in individual meetings.

Coach Owens said Wednesday and Thursday were outstanding practices back inside the Multipurpose Building. He said practices featured energy, enthusiasm, excitement and he added players acted like they were having fun playing football. Coach Owens said that was good to see because it made things go short and quick. He said coaches were seeing improvement across the board in every kid.

Video continued to be a valuable tool according to Coach Owens. He said the players were spending a lot of time watching video and then were coming out and were making adjustments. Coach Owens commented on a few fights that broke out Wednesday and Thursday. He said that was not a bad thing for players to get after each other a little bit as long as it didn’t carry on after practice. Coach Owens called them little skirmishes that mean that players have a little fight in them.

Defensive Coordinator Triston Abron said Wednesday’s practice was one of the Wildcats’ most physical in a long time. Coach Owens agreed. He said players got after each other. He said players were flying around and having fun in the cooler weather. Even the coaches verbally tangled with each other and Coach Owens said the players seemed to feed off that as well.

On top of everything else, Coach Owens said he has been putting in some time on special teams. The team worked on punting and field goals this week. 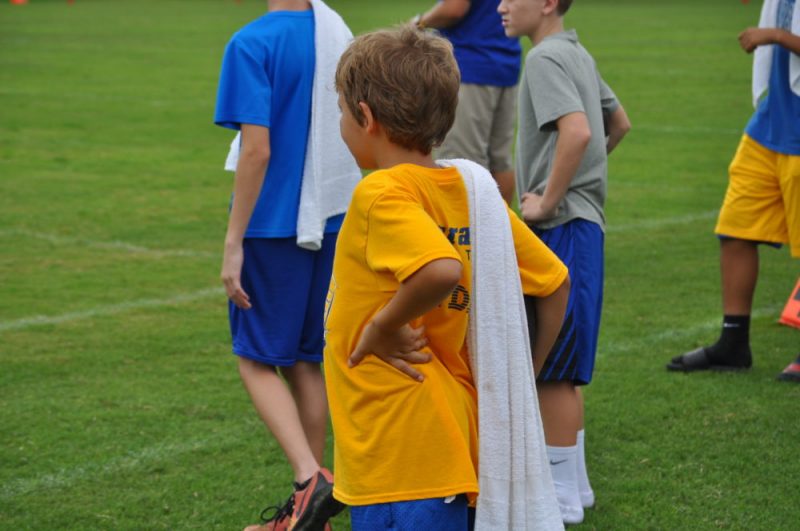