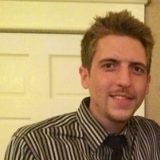 Dallas was born Dec. 12, 1986, in Carrollton to Gene and Vicki McLeod Allen. He worked in the food industry as a manager of several locations in the Dallas area.

Preceded in death by:  Grandparents; Willye Evelyn and GW Allen; and,

Cremation arrangements are under the direction of Wilson-Orwosky Funeral Home.