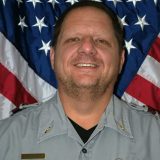 Mr. Bobby Shelton, age 48 of Gilmer, passed away on Saturday, May 20th, 2017 in Winnsboro, Texas. He was born on August 17th, 1968 in Dallas, Texas, to the late Bobby Shelton and Leslie Lewton Farley. Mr. Shelton worked as a Hopkins County EMS-Tech and served on the Perryville Volunteer Fire Department as an Assistant Cheif.