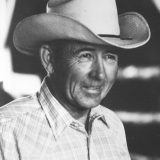 Funeral Service for Billy Gregg, age 86, of Dike, Texas will be held at 11:00 A.M. on Thursday, May 18, 2017 at Murray-Orwosky Funeral Chapel with Rev. David Larkin officiating. Interment will follow at Shooks Chapel with Masonic Rites.  Serving as pallbearers will be all the grandsons, great grandsons and nephew.  Honorary pallbearers are Coy Vicars, Ottis Collins and G.R. Romans.  Visitation will be held one hour prior to service.  Mr. Gregg passed away on Monday, May 15, 2017 at his home after a long illness.

The family would like to thank faithful caretaker Nita Greene.  Memorials can be made to the charity of your choice.