Wildcats Come From Behind to Defeat Pine Tree 5-4; Remain Unbeaten in District Play

The Wildcats’ baseball team remained unbeaten in district play as they came from behind twice to defeat Pine Tree, 5-4 at Eagle Stadium Friday night. The Wildcats Heston Golightly doubled to the wall to drive in Gavin Millsap with the winning run in the bottom of the seventh inning. Millsap opened the inning with a walk and then stole second base.

Pine Tree jumped out to a 1-0 lead in the top of the first inning. The Wildcats scored twice in the bottom of the second to take a 2-1 lead. Triston McCormick and Ryan Humphries both singled. Ryder Caddell sacrificed them to second and third. The first run scored on a wild pitch and Michael Arnold had an RBI single. Pine Tree tied the game at 2-2 with an unearned run in the top of the third. The game remained tied until both teams scored two runs in the sixth inning. Pine got an RBI single after a single and a walk. Their second run came in on a double steal.

The Wildcats struck right back to tie the game at 4-4. Kaden Argenbright and McCormick both walked and moved up a base on a wild pitch. Then the Wildcats Caddell delivered a two-out clutch double just fair down the left field line that drove two runs home. McCormick worked the first six innings allowing only 2 earned runs on five hits. He struck out nine and walked two. Tyler Armstrong got the pitching win tossing a scoreless top of the seventh and pitching around and hit and a walk. He struck out the side. That set the table for the bottom of the seventh heroics.

The Wildcats will travel to Marshall Tuesday night. 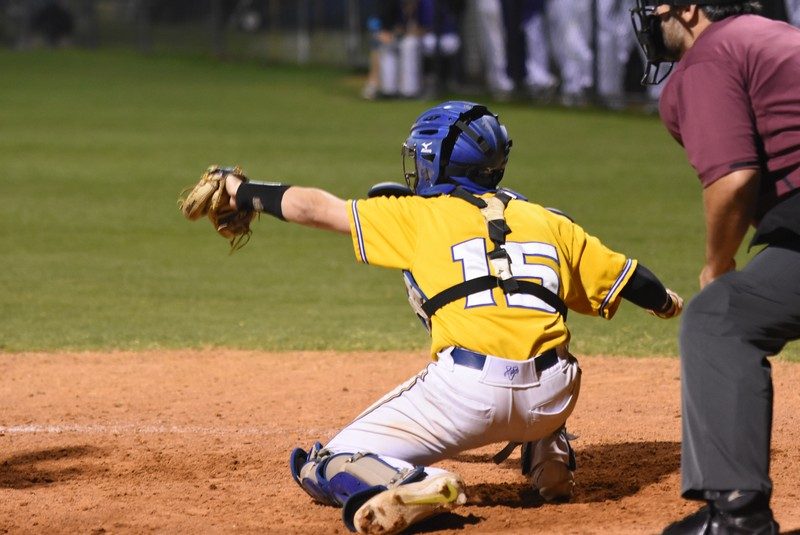