Wildcats Track Coach Matt Young said a Thursday evening Kennedale meet was a good competitive one and a last tune up before next week’s district meet. Coach Young said he scaled back the workload for his athletes for this meet. The Wildcats finished sixth at the meet.

Coach Young said he was pleased with Ricardo Torres, who surprised his coach by placing sixth in the 400-meter dash. Coach Young said Ian Blanch also placed in the shot as he gets ready for the district meet. Josh Thompson was second in discus. Coach Young said the Wildcats relay continue to work to improve their times. He said Payton Vickery and Landon Thornton did well in the 1600-meter run. Callem Wade was third, Terrell fourth and Landry Tyson sixth in the 110-meter hurdles. Ryan Humphries got fourth in the 100-meter dash. Mason Buck ran a solid 41.1 in the 300-meter hurdles. The district meet is next Monday and Wednesday at Pine Tree.

Despite taking only 18 athletes and having no entrants in some events, the Lady Cats’ track team racked up 104.5 points and finished second at a Kennedale meet Thursday. The Lady Cats were just 7.5 points out of first at the warm up meet for the district meet next Monday and Wednesday at Pine Tree.

The Lady Cats had some outstanding performances. Coach Triston Abron said the Lady Cats 4 X 100-meter relay team of Imani Taylor, Abbi Baier, N’ysa Dugan and Sadavia Porter broke the school record with a time of 48.14-seconds. Coach Abron said they did it despite one bad hand off. Dugan also won the 100-meter dash and Porter was sixth. Baier was first in the 100-meter hurdles and the 300-meter hurdles. Faith Hatley placed sixth in the 100-meter hurdles. The Lady Cats 4 X 200-meter relay team also smashed the school record by 2 seconds with a time of 1:44. Freshman Sydney Washburn set her personal best by 11 seconds in the 1600-meter run. Sheretta Hill took second in the 400-meter run. Taylor had her best jump of the season in the long jump at 18-feet, 5-inches. Abbi Beggs and Danielle Godbolt both placed in the discus. 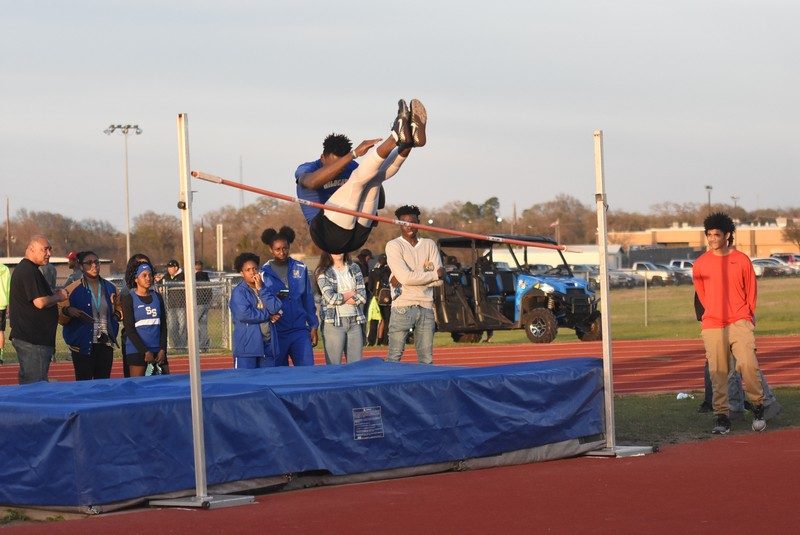