As Sulphur Springs welcomes Taco Bueno, the restaurant chain welcomes Taco Charlton to the North Texas area. Mike Roper, CEO and President of Taco Bueno said, “Last night, Jerry Jones drafted Michigan defensive end Taco Charlton to America’s Team. This morning, The Dallas Morning News ran the sports page headline “Taco Bueno” and we couldn’t agree more. North Texas has been home base to the legendary Tex-Mex chain for its entire 50-year history and we are opening our arms and doors to Taco Charlton as he becomes part of the fabric of our hometown. While we craft some of the biggest food in Texas, we don’t claim to have any 277-lb tacos. Jerry Jones really outdid us on that one.  On behalf of the entire Taco Bueno team and Buenoheads worldwide, welcome to Dallas, Taco Charlton.” 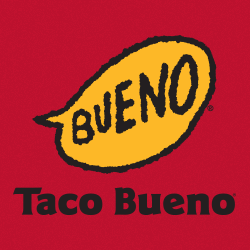 Taco Bueno was Founded in 1967 in Abilene, Texas and operates 182 restaurants in Colorado, Texas, Oklahoma, Arkansas and Louisiana. The company is privately owned by TPG Growth.