The Wildcats’ football team completed their third practice of the spring Wednesday after school. Before they even got started Monday morning, Wildcats Offensive Coordinator Matt Young talked about things he wants to see accomplished by the end of spring drills. He said first and foremost, he wants to see players be physical and to see how physical they can be.

Next Coach Young wants the passing game to develop with quarterbacks and receivers gaining confidence in throwing and catching. Starting quarterback Ryan Humphries is expected to miss some or perhaps all of spring practices due to his participation on the playoff-bound Wildcats’ baseball team. Last year JV quarterback D’Corian Young and some other young quarterbacks are getting to show what they can do.

Coach Young said he has several running backs returning from last year’s team like Searn Rodgers, Colton Allen, Lawrence Worth and Cason Goodson. Cor’Tavius Pruitt, a receiver last year, has also been getting running back reps during Spring ball. Wide receivers returning include leading receiver Simeon Taylor, as well as Landry Tyson, Austin Dodd and others. Blocking backs returning include Logan Caton and Calvin Eckert. Eckert is also getting reps on defense.

Spring ball is always important for offensive lineman and Coach Young said returnees include Ethan Rogers, Jesus Olivo, Ian Blanch and massive 300-pounder Norris English. He said other line men include Charley Maddox and Haden Daniel from last year’s JV team plus some more young guys. Coach Young said the beauty of spring football is that everyone gets reps and lots of them compared to the fall.

Like a talent scout, Coach Young is always watching players. His conclusions will determine which players are Friday starters or Friday depth and Thursday starters or Thursday depth. The Wildcats will have a total of fourteen spring workouts. Spring football wraps up with the Spring Game on May 19 at the SSHS Track Field. 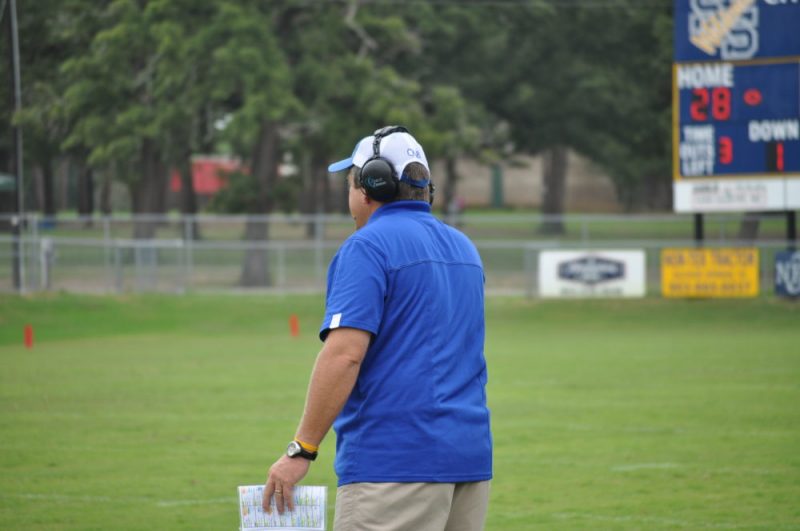