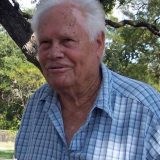 He was born on April 7, 1916 in Valiant, OK, the son of William Jefferson and Julia Gertrude Ewton Reed. He married Mary Leona Keller on February 18, 1938 in Hopkins County. She preceded him in death. He was a member of the League Street Church of Christ. He worked as an automobile mechanic for many years.