When the dust finally settled at the district track in Pine Tree Wednesday, the Lady Cats’ track team ended up as district champions by three points over second place Mt. Pleasant. The Lady Cats won despite not fielding a team in the 4 X 400-meter relay, the last event of the meet. Mt. Pleasant did enter a team but they did not finish high enough to overtake the Lady Cats. Lady Cats Coach Triston Abron said high school Assistant Administrator Dwayne McMeans was researching whether a Lady Cats’ varsity track team had ever won a district championship before. 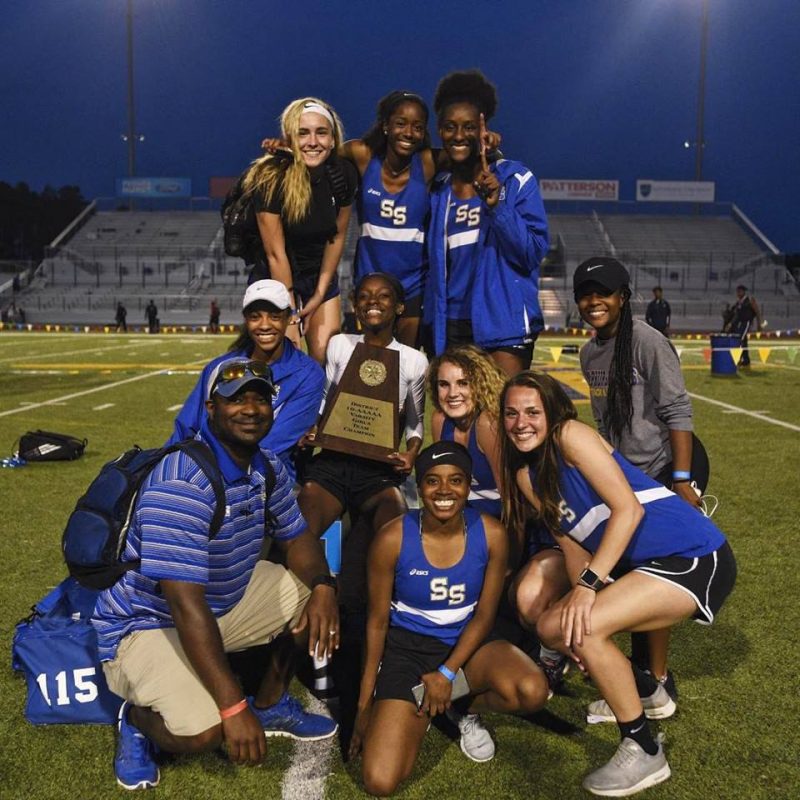