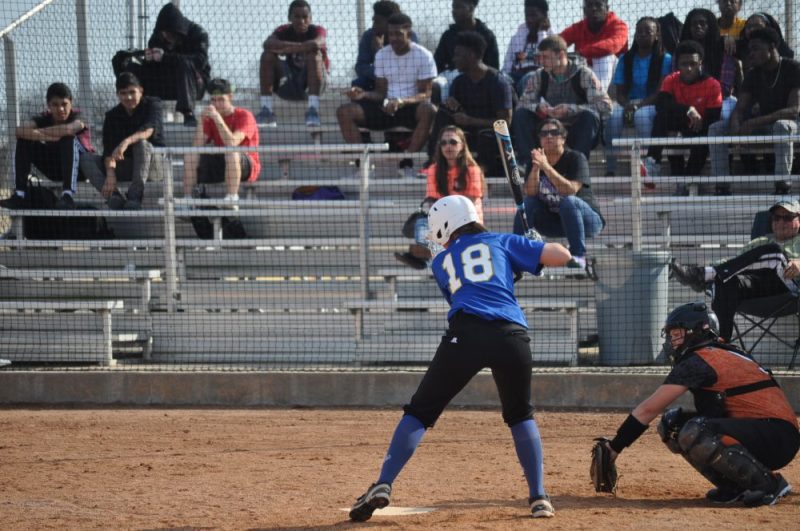 Lady Cats Softball Coach David Carrillo admitted Saturday morning that the loss to Mt. Pleasant on the road Friday night was a tough one and he said it kinda stung. On KSST Radio and Cable Channel 18’s Saturday Morning Coaches Show, Coach Carrillo said his team played hard and gave it all they had. Still, he said, there were some plays they just didn’t make. Two strange double plays around third base aided Mt. Pleasant. With the bases loaded and behind by a run, the Lady Cats saw the Lady Tigers’ third baseman make a diving catch on a pop up in front of her. With the base runner trapped in no-man’s land and off the base a little, a throw back to a player covering third resulted in an inning ending double play. Earlier a ball was hit to the third baseball in such a way that she was in position to tag a Lady Cat just off third and then throw to first for a double play. Coach Carrillo admitted he was discouraged Friday night but he said by Saturday morning he had decided to put it out of his mind and move on. Can’t mope with a bi-district series with Lovejoy starting Thursday at 7 p.m. at Lady Cat Park. Coach Carrillo said he scouted Lovejoy last week. They feature a lot of left-handed hitters who slap the ball and they are very aggressive on the bases. Lovejoy may have lost their top pitcher due to a back injury after an accident. Coach Carrillo said their #2 pitcher is very capable. She apparently likes to keep the ball outside to all hitters. Coach Carrillo said the Lady Cats will have to play good defense and pitch well to win the series. Game two is at Lovejoy Friday at 7 p.m. Game three, if necessary, will be at Royse City Saturday at noon.