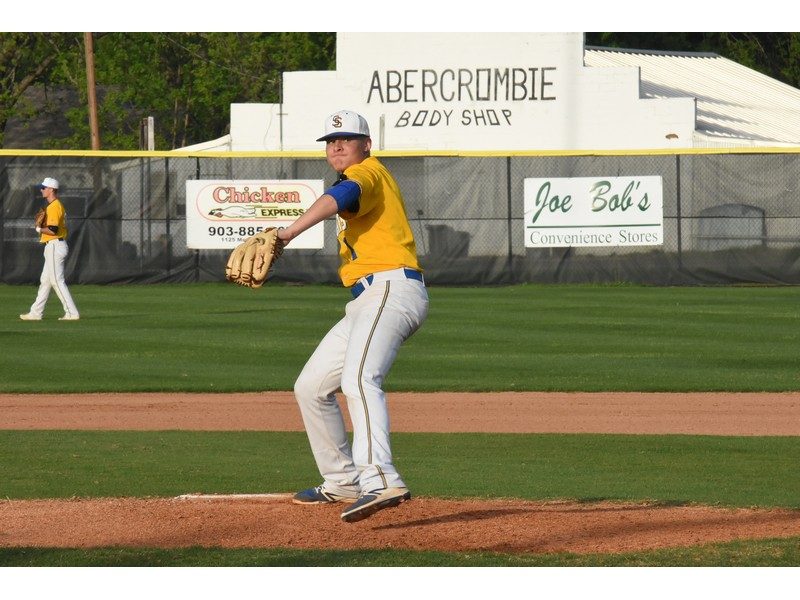 The biggest surprise to come out of KSST Radio and Cable Channel 18’s Saturday Morning Coaches Show was when Wildcats Baseball Coach Jerrod Hammack revealed that Hallsville had lost at home to Marshall in extra innings Friday night. The loss gives the Wildcats a one game lead with two district games to play. While Hallsville was losing, the Wildcats hammered Mt. Pleasant, 10-0 in Mt. Pleasant. Wildcats pitcher Triston McCormick took a perfect game into the fifth inning before surrendering a single. There were also a pair of errors but McCormick pitched around them to get a shutout and the win. The Wildcats got 12 hits. Their first hitter of the night, Mason Buck, hit a home run off the Tigers’ scoreboard. Dawson Draper was 3 for 3 with 3 doubles and 5 RBIs. Michael Arnold was also 3 for 3 with 2 doubles. Hallsville plays Texas High Tuesday night while the Wildcats host Greenville on senior night. A Texas High win and Wildcats win would wrap up a district championship for the Wildcats. Coach Hammack said a Greenville team that is winless in district play scares him. He called the game paramount and vital. A win would assure the Wildcats would take a one-game lead into Hallsville Friday night in the last district game. The Wildcats will honor five seniors Tuesday night: Mason Buck, Heston Golightly, Kyle Dodd, Michael Arnold and Easton Silman. The game will also feature a fond farewell to Eagle Stadium. It is scheduled for demolition after the last Wildcats game there this season. A new park is rising between Lady Cat Park and the Early Childhood Learning Center.