The Wildcats’ baseball team and the Lady Cats’ softball face challenges from Hallsville on this Tuesday game day.

The Wildcats have a district summit battle with the always tough Bobcats. Both teams have perfect 5-0 district marks. Despite being picked to finish last in district, the Wildcats have used a formula of strong pitching, good defense and timely hitting to win their first five district ballgames. Hallsville looks like the usual strong opponent to Wildcats Baseball Coach Jerrod Hammack who says the Bobcats swing the bats well and have several good pitchers. There will be a JV Royal game at 4 p.m. at Eagle Stadium. The varsity game will follow at around 7 p.m. We will bring you Wildcats’ baseball with Hallsville on KSST Radio at around 7 p.m. We will also videotape the game for replay at a later date on Channel 18 on Suddenlink Cable.

Meanwhile the Lady Cats’ softball team will play at Hallsville. There will be a JV contest at 4:30 p.m. with the varsity game at around 6 p.m. The two teams played a varsity contest on March 10 at Lady Cat Park and the Lady Cats got a ten run rule win. Lady Cats Softball Coach David Carrillo figures the Lady Bobcats will play much better in front of their home crowd Tuesday evening. The Lady Cats are 5-2 in district play and they are currently in second place. 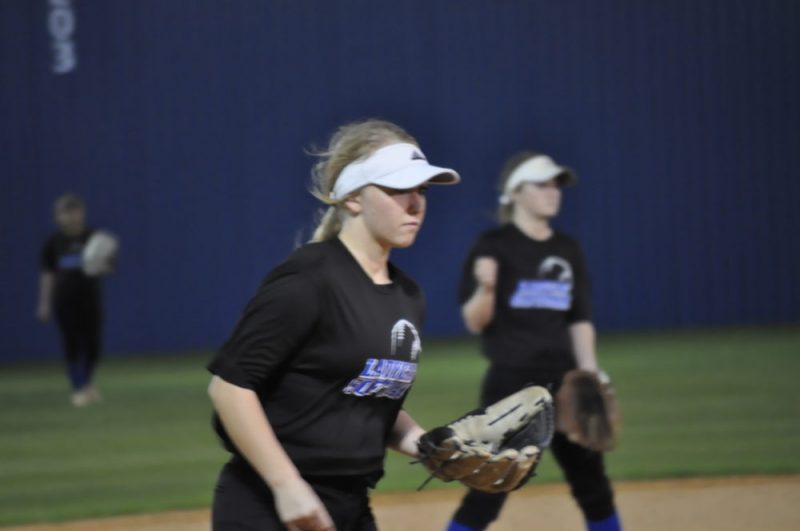