Perhaps all that is missing is a three ring circus. The Wildcats’ baseball team plays Greenville at 7 p.m. on this Tuesday game night and it’s senior night as well as an evening to bid a fond farewell to historic Eagle Stadium. There will also be an important game to play for the Wildcats. The Wildcats are 9-1 in district play and they have a one game lead over Hallsville with two district games to play. The Wildcats end the district campaign at Hallsville Friday night.

First they need to take care of business against Greenville, winless so far in district play. The Lions scare Wildcats Baseball Coach Jerrod Hammack. He doesn’t want the Lions to break into the victory column Tuesday night and spoil the Wildcats party. The Wildcats defeated the Lions by the ten run rule in Greenville earlier this season.

The Wildcats will honor five seniors: Mason Buck, Heston Golightly, Michael Arnold, Easton Silman and Kyle Dodd. PA Announcer Jeff Harris is expected to entertain the crowd with little known facts about Eagle Stadium and recognize some of the past athletes that played there.

We will bring you Wildcats Baseball live on KSST Radio beginning at around 7 p.m. We will also videotape the game for replay on Channel 18 on Suddenlink Cable at a later date. Should be quite an evening. 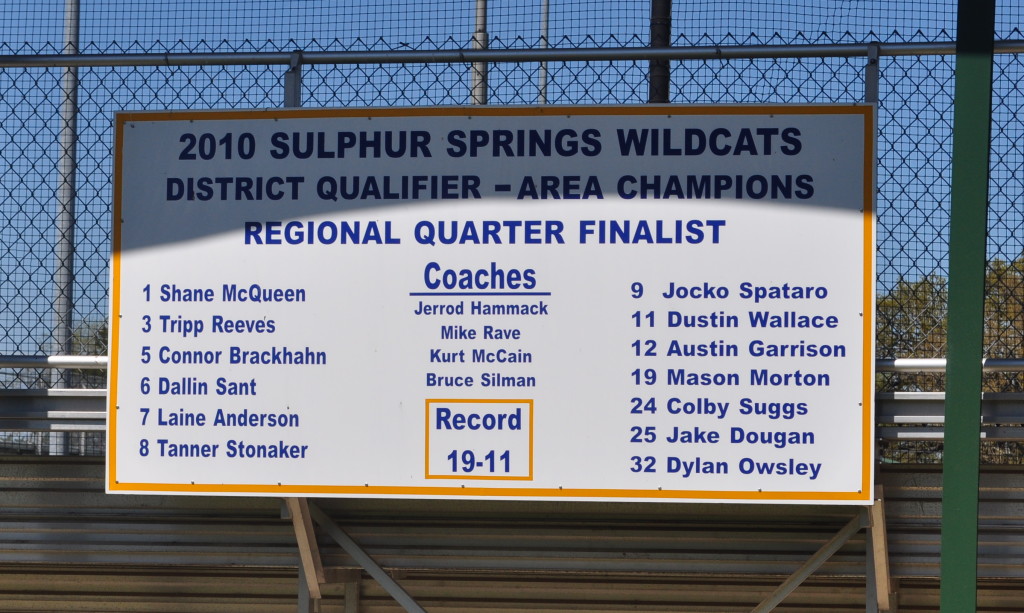