The Douglas C-124 Globemaster II evolved from the earlier Douglas C-74. Many referred to the large aircraft as “Old Shakey”. The first flight by a C-124 took place on 27 November 1949. The first operational aircraft were delivered in May 1950, and production ran through May 1955 (204 C-124As and 243 C-124Cs). The improved C-124C featured more-powerful engines, as well as wingtip-mounted combustion heaters that provided cabin heating and wing and tail surface deicing, and an APS-42 weather radar in a distinctive nose “thimble.” These latter improvements were eventually retrofitted to the C-124As.

To facilitate cargo handling, the C-124 featured “clamshell” loading doors and hydraulic ramps in the nose and an elevator under the aft fuselage with electric overhead cranes (each with a capacity of 16,000 pounds) which could traverse the entire length of the 77 foot long cargo compartment. The C-124 was capable of carrying 68,500 lbs. of cargo. It could transport such bulky cargo as tanks, field guns, bulldozers and trucks without disassembly. It could also be converted into a transport capable of carrying 200 fully-equipped soldiers or 127 litter patients and their attendants in its double-decked cabin.

These airplanes went on to provide a much-needed airlift capability in the Korean War, as it was the only aircraft that could carry many of the Army’s vehicles. It also performed many other missions such as airlift support in the Far East and Southeast Asia; resupply missions to Antarctica, refugee evacuation, disaster relief, and mercy flights. Although very reliable, the C-124s were slow (97 hours flight time from Travis AFB, Calif., to Tan Son Nhut AB, South Vietnam, and back).

Used in conjunction with Douglas C-133 Cargomasters, the C-124 Globemasters remained in service until 1970 with the Military Airlift Command and 1974 with the Alaskan Air Command along with the Air National Guard and Reserves.

With the introduction of the C-141 Starlifter into active service, most C-124 planes were transferred to the Air Force Reserve and the Air National Guard by 1970. The first ANG unit to receive the C-124C was the last Air Force unit to retire their aircraft in September of 1974.
Ling-Temco-Vought/LTV Electrosystems/E-Systems in Greenville, Texas performed IRAN/PARC, extensive structural repair, replacement of R4360-20W engines with R4360-63A engines, and rework of the front spar and wing leading edge on 415 C-124 aircraft in 1963 through 1965 with a complete functional check flight of each aircraft after work performed.

The C-124 had a crawlway in each of the wings leading edges, commonly called the tunnel. Access was from the “P” compartment in the lower part of the fuselage at a point between the two wing roots and contained the doors leading into the wings.

On test flights the LTV/E-Systems Company Flight Mechanics performed the tunnel checks. We would crawl out to the rear of each of the 4 engines, drop the door to the accessory section and check for leaks, other defects or damage. Here we connected our headset to the aircraft intercom system and made contact with the Flight Engineer.

On one test flight we were at about 8,000 feet headed from Majors Field, Greenville, Tx to Gregg County Airport, Longview, Tx to perform a check of the ILS Glideslope and it was time for a tunnel check. I had just made my way out the right wing to the right wheel well, crawled over the two main tires and was squatted on the catwalk, forward and between the two right main landing gear tires behind #3 engine. Just as I was reaching for the intercom connection, there was a sudden, loud powerful jerking movement in the landing gear. I jumped and dropped my company badge holder out of my shirt pocket down on the closed landing gear doors. The Co-Pilot realized he had failed to put the gear handle in the up position before I entered the wing and when the 3000 psi hydraulic pressure hit the up side of the landing gear retraction cylinder, it rapidly lifted the landing gear a couple of inches up off the uplock which is normal.

I tried every way to reach my badge, even hanging down from the catwalk as far as I could, but just could not get to it. I finished checking #3 & #4 engines and crawled back to the “P” compartment. I watched out the window and when the landing gear was lowered for the ILS pass I saw my badge come out and fall to a field below. The company badge had a return address on it but no one ever returned it. 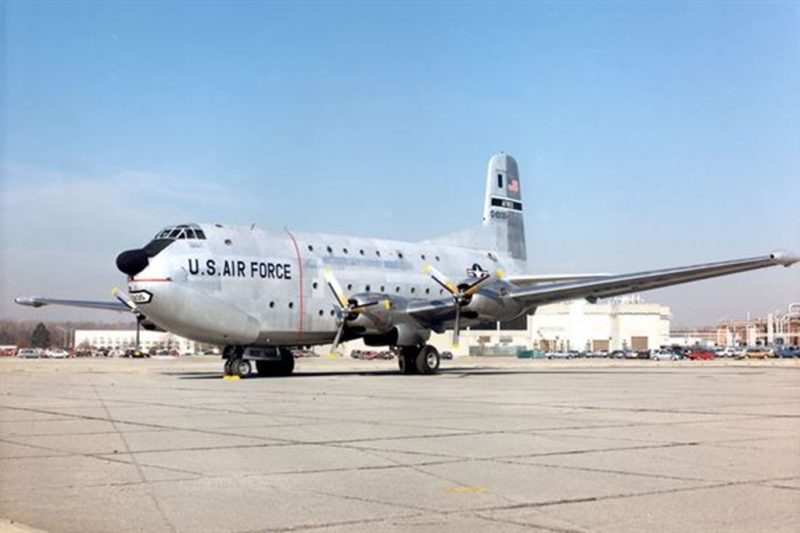 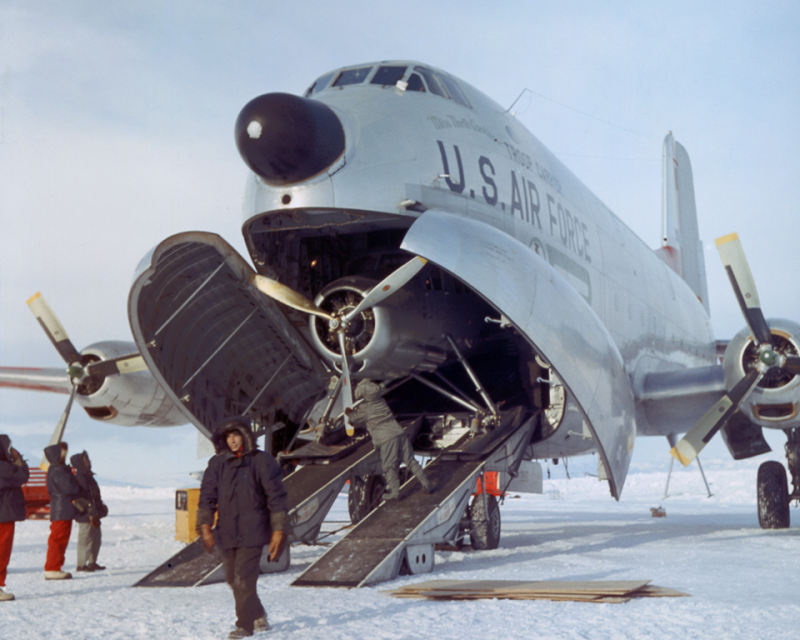 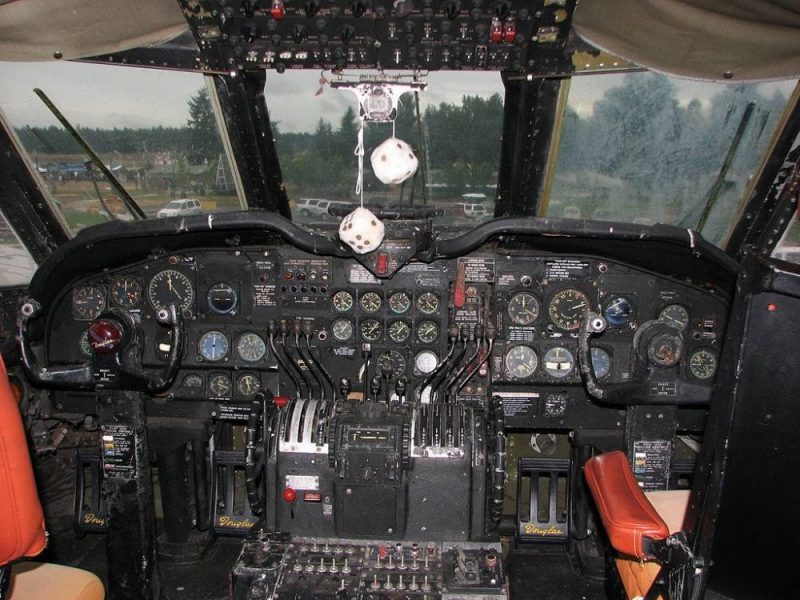 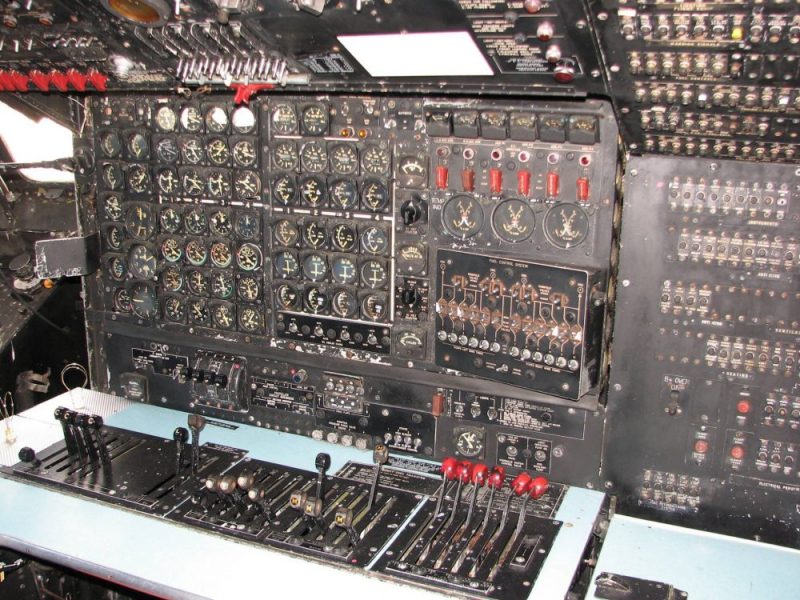 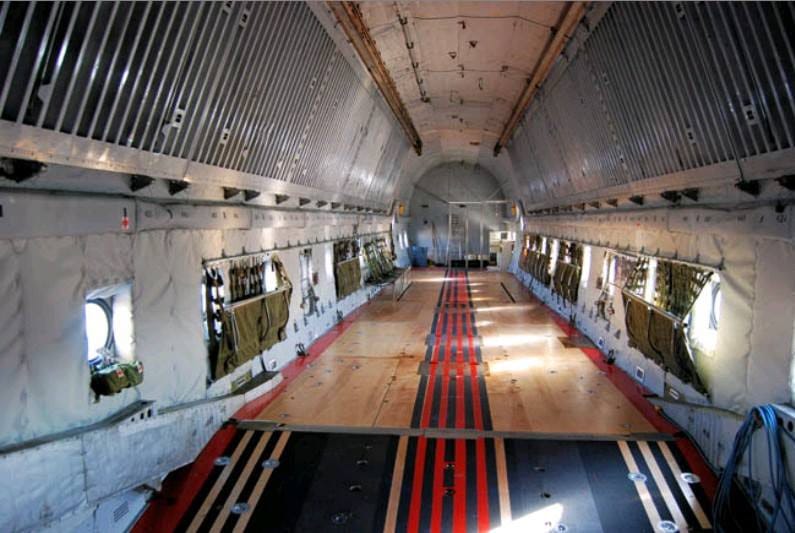 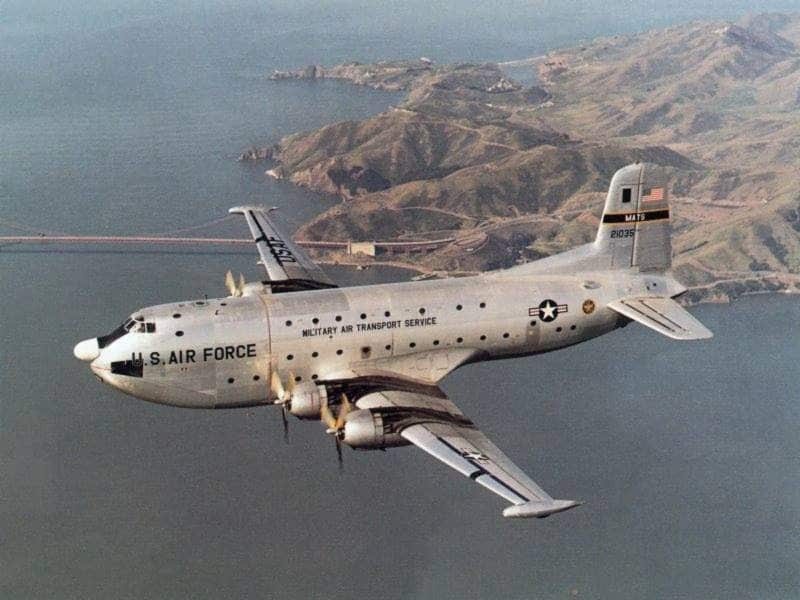