The Wildcats’ baseball team wrapped up play in the Robbie Surratt Memorial Tournament in Lindale Saturday with a loss and a tie. The Wildcats lost to Van, 9-7 and then tied Lindale, 1-1 when rain fell in the bottom of the sixth inning.

Against Van, the Wildcats got off to a 3-0 lead in the bottom of the first inning. Mason Buck walked, stole a base and scored on a Ryan Humphries’ single. Triston McCormick also singled. Dawson Draper drove in Humphries with a ground out. Easton Silman also had an RBI single. Van then scored 5 runs in the second inning and 3 more in the third to take an 8-3 lead. The Wildcats put up another 3 runs in the bottom of the third to cut the lead to 8-6. Draper singled, and Silman and Kamren Harrison both walked. Jamal Hobson-Cox hit a sacrifice fly to score one run and Buck singled in a second run. The Wildcats reduced the lead to one, 8-7 with a single tally in the bottom of the fifth. Hobson-Cox, Gaven Millsap and Buck all singled with Buck driving in Hobson-Cox. Two runners were stranded leaving the Wildcats one run behind. The Vandals tacked on an insurance run in the top of the sixth. The Wildcats had 10 hits. Buck was 2 for 3 with one run scored and 2 RBIs. Millsap was 2 for 3. Draper was 2 for 4 with a run scored and an RBI.

Against Lindale, Ryan Humphries threw a five inning no hitter but still had to settle for a tie. The Wildcats scored the game’s first run in the top of the third inning when Kyle Dodd singled and Kaden Argenbright drove in the run with a ground out. Lindale tied up the game in the bottom of the fifth using a walk, two ground outs and a wild pitch that allowed the tying run to score. The Wildcats had 5 hits. Argenbright, Triston McCormick, Michael Arnold, Dodd and Millsap all had singles.

The Wildcats are now 3-4-1 for the season. They will plan in the Grayson County Classic this Thursday through Saturday. 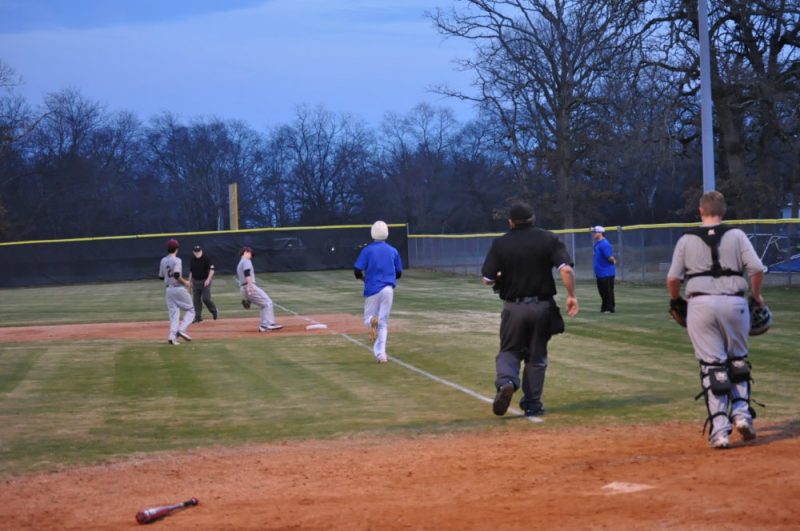