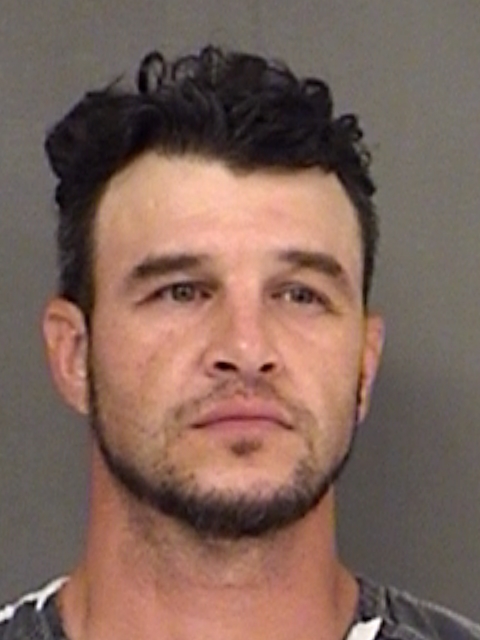 Sulphur Springs Police responded to a call in reference to a theft at the Dollar General store on South Broadway Thursday. There they found Christopher Leon Huddleston, 38 of Sulphur Springs in possession of the stolen property. As officers sought to make the arrest, he ran from officers. They quickly caught him.

Huddleston is in Hopkins County Jail charged with Evading Arrest Detention with Previous Conviction and his being held for Violation of Parole. He is held on a $10,000 fine for evading arrest and without bail on the state parole violation.

Almost a month to the day, Huddleston had attempted to evade arrest. While on patrol, a Sulphur Springs Police officer noted a man running across the street. He was running from the manager of a convenience store located on League Street. The store manager was stating he had just been robbed.

The officer exited his vehicle and gave chase. The man evaded officers called to the scene but was soon found sitting near the railroad track drinking a Coors Beer that he had taken from the store. What was at first described to officers as an armed robbery turned out to be shoplifting. However, a records check on the man showed a prior conviction for evading arrest. That bumped everything up to a State Jail Felony.