The Lady Cats’ soccer team had their season end with a bi-district loss to Royse City, 3-0 at Princeton Friday night. A rugged Bulldogs defense greatly limited the Lady Cats’ offensive opportunities. Royse City scored two goals in the first half and added a third in the second half. The Bulldogs scored at the 10:10 mark and 2:30 mark of the first half and at 28:29 in the second half. The Lady Cats ended up with a 13-8-2 record for the season. They were 8-4 in district play and were the district’s second place team. Royse City finished third in their district. The Lady Cats will lose seven seniors to graduation.

The Wildcats’ soccer team fell into a big hole and try as they might, they could not climb all the way out of it as the Wildcats lost to Lovejoy, 5-2 in a bi-district contest at Princeton Friday night. The Leopards scored four first half goals. They scored at 31:38, 30:31, 22:55 and 7:40. The Wildcats never quit and they actually outscored the Leopards 2-1 in the second half. Chris Espinoza scored both Wildcats’ goals. He scored at the 32:47 mark of the second half as he outraced defenders as he dribbled, got in on the goalkeeper one on one and buried a shot in the net. Then at the 11:41 mark of the second half, Espinoza used his left foot to put a laser shot into the goal during a scramble in front of the net. Several minutes later, a Wildcats’ header hit the crossbar. Lovejoy, the champion of their district, showed the ability to get the Wildcats in trouble quickly and score goals. The Wildcats end the season with a record of 12-7-3. The Wildcats had a district record of 5 wins, 2 shootout losses and 5 outright losses. They were the district’s fourth place playoff team. The Wildcats will lose ten seniors to graduation. 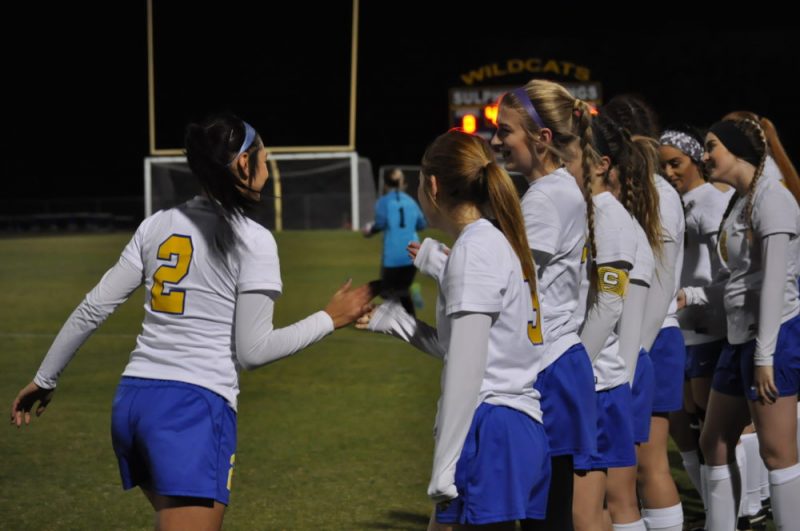