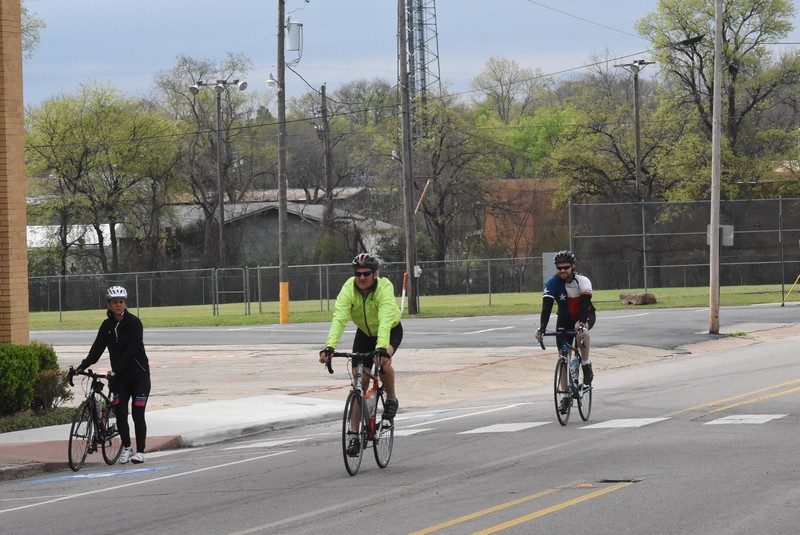 Several eager cyclists were gearing up for the Spring Bike Rally that began at Celebration Plaza Saturday morning.  With beautiful weather and a parade of cyclists, they took off from downtown at 9 AM. There were four routes to choose from, varying from 10 miles to 58. Rest stops were provided at every 8-10 miles. The 58 mile trail snaked through Pleasant Grove, Peerless, Emblem, Brashear, and Greenview communities. Each preregistered rider received a Spring Fever T-shirt and a SWAG bag.