In the game, Hallsville actually scored first at 19:59 of the first half on a nice crossing play. Lady Bobcat Mariah Martinez was camped right in front of the goal and scored. At 11:10 of the first half, Lady Cat Sophie Young maneuvered past defenders and put a shot on goal that the Hallsville keeper got hands on but could not keep the ball it from getting behind her. It was 1-1 at halftime. With possible overtime looming with just 3:15 left in the second half, Lady Cat Mileena Zirretta found the ball through a crowd around the goal and scored the go ahead goal. The Lady Cats held on and celebrated the hard fought win. 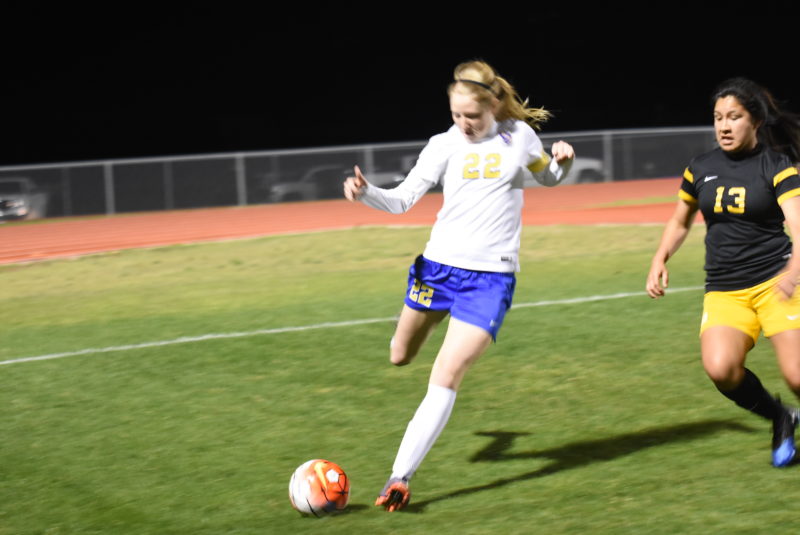