Hopkins County Trustee Farm reports a profitable month in work and produce. Sheriff Lewis Tatum opened the farm in a cost saving move for county taxpayers. The farm has reduced the cost of each meal produced for inmates at Hopkins County Jail. The first report is for the month of March. Sheriff Tatum states the Trustee Farm report will be given once each week following this initial report. 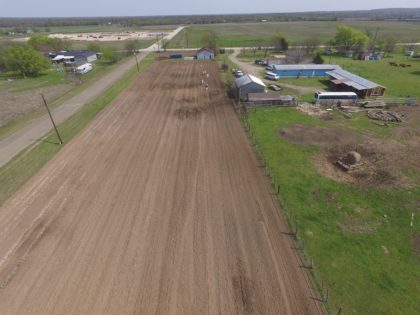 During the month of March, six hogs, six cows, and 650 chickens were processed. All the meat was processed by trustees and correction officer, according to the sheriff.

They also gathered between 40 and 70 eggs daily and planted two gardens. One garden is 130 yards by 80 yards. The second garden is 100 yards by 80 yards. In those gardens they have planted 180 tomato plants, 40 pepper plants, 17 rows of green beans, 20 rows of corn, three and one half rows of potatoes, 1,800 onion plants, and a quarter of an acre of squash.