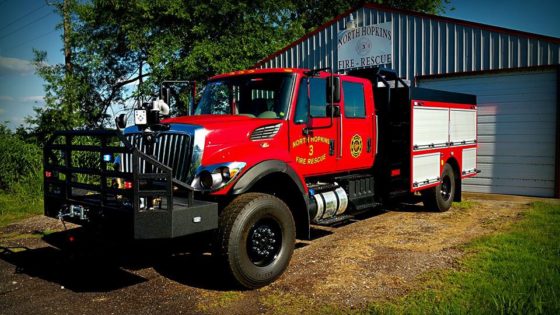 In a press release issued Wednesday night, March 15, 2017, the North Hopkins Volunteer Fire Department announced a change in administration. The press release was issued one week following the departure of Craig “Moose” Morgan as Fire Chief. According to the release Morgan is no longer associated with the department. The announcement follows a change in management at The Way Radio Group where Morgan was listed as President. Bobby Harris, a member of the NHVFD and also a partner in The Way Radio Group, has been named Interim Fire Chief.

The release reads, “The North Hopkins Fire Department has had a change in its administration. As of 03/08/2017 Craig “Moose” Morgan is no longer the Fire Chief or associated with NHFD. The Interim Fire Chief is Bobby Harris. There have been no other changes in this organization. NHFD will continue to provide excellent emergency care and services to the citizens of our Fire District. Thank you for your continued support.”

The Way Radio Group, in a press release recently, stated they will continue to provide Christian music through one station they operate and will be changing the format of another. They will continue their events scheduled as well.