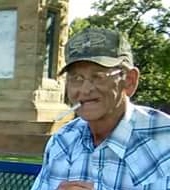 Mr. Cooper passed away Tuesday, March 21, 2017, at the VA Medical Center, Dallas, TX.   He was born on March 21, 1939, in Texarkana, the son of William Robert and Verna Ilene (Nix) Cooper.  He married Marjorie Blanche Turner (she survives), he then married Lynn Clover who passed away in 2007.    Jerry was in the Air Force as a Mechanic and had the distinction of being a Golden Glove Boxer.  He was a member of the American Legion and had a lifelong career as a truck driver.

Memorials can be made to the American Cancer Society at www.cancer.org .