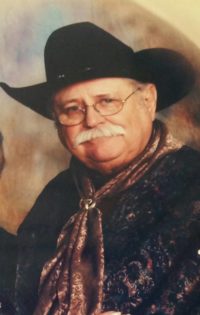 William Carroll West, 83, was born in Dallas, Texas on August 5, 1933. He passed away on February 15, 2017 in Sulphur Springs, Texas. Mr. West died in his sleep Wednesday, February 15th, at Carriage House Manor and the Cottages. He and wife Angie had lived in Lancaster, Texas until September 2016 when they moved to Wesley House Cottages and then into Wesley Assisted Living.  He was a retired Dallas County Sheriff’s Deputy and Family Court Bailiff in Dallas. He and his wife also owned an equestrian stables for Arabian horses. Known as “Sycamore Willie”, he was active in western shooting and a connoisseur of western art.