The Marshall Mavericks scored on six of seven penalty kicks to edge the Wildcats, 6-5 in a shootout Tuesday night at the SSHS Track and Soccer Complex. The final Wildcats kicker hit the crossbar.

The Wildcats got successful PK goals from Roberto Lira, Chris Espinoza, Julio Robles, Gerardo Arellano and Angel Tavera. The shootout followed a wild overtime that saw each team score a goal. After a scoreless first ten minutes of overtime, Marshall scored at the 6:22 mark in the second half. Less than four minutes later, with only 2:38 to go, Espinoza scored to tie the game at 3-3.

During regulation, Marshall scored first and then the Wildcats tie the match at 1-1 on a goal by Espinoza. The Wildcats went up 2-1 in the second half on a goal by Arellano. Marshall later tied the score at 2-2 to force overtime.

The Wildcats now have a shoot out loss and outright loss in two district games for one point out of a maximum of six. Marshall earned 2 points for the shootout win. The Wildcats’ season record is 7-2-2. 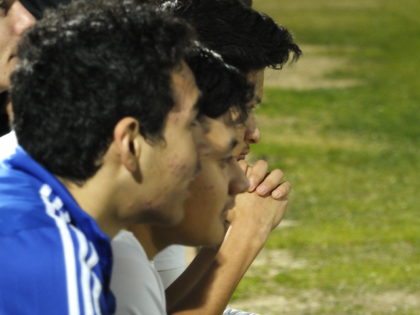