The Wildcats’ baseball team broke into the win column with a 9-0 shutout of Nacogdoches Friday afternoon in the Rose City Classic at Mike Carter Field in Tyler. Nacogdoches got only 4 hits. The Wildcats pounded out 15 hits.

The Wildcats scored three runs in the bottom of the first inning. They added a single run in the fourth and five more in the sixth. Easton Silman was 3 for 3 with a walk and he had 1 RBI. Mason Buck, Kaden Argenbright, Dawson Draper and Triston McCormick all had 2 hits. Ryan Humphries had a double and drove in 3 runs. McCormick also hit a double.

The Wildcats are 1-3 for the season. They will play Whitehouse at Mike Carter Field Saturday at 5 p.m. in the Rose City Classic. 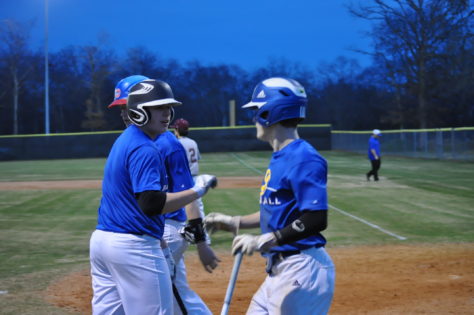