Carrollton Creekview, a fourth place team in a tough district, is next for the Wildcats’ basketball team in area competition. The teams will play at Rockwall High School at 7 p.m. Friday night.

The Wildcats won their bi-district game against North Forney, 55-50 Tuesday night. After the win, Wildcats Basketball Coach Cipoletta said he appreciated his guys for how they played and for the way they mentally prepared for the game. He added they did a good job of executing the game plan to limit what North Forney wanted to do. Coach Cipoletta also praised the Wildcats’ fans who traveled to the game in large numbers. He said the fans gave the team extra momentum when they needed it.

Coach Cipoletta said his players stepped up when they were needed. Freshman Michael Jefferson deflected a pass leading to a late steal and then hit clutch free throws at the end. Before the game, Coach Cipoletta showed his team a clip of a player hustling after a ball and he said they might have to sacrifice their bodies to get a loose ball. In the games final seconds, senior Ke’Ontae Dunn seem to slide ten feet across the floor to corral a loose ball to make Coach Cipoletta’s point happen.

The win also gave this Wildcats’ team the school record for wins in a season. The Wildcats are now 26-6 for the season. 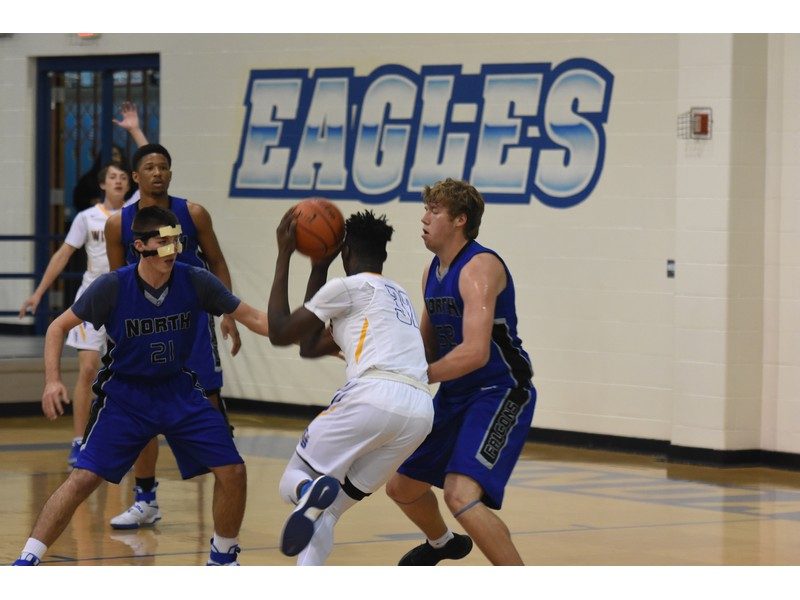