The Wildcats’ baseball team opened the season with a pair of losses in the Rose City Classic in Tyler Thursday. The Wildcats dropped their opener to Forney, 6-5 and then lost to Lindale 8-3.

The Wildcats were one clutch hit away from upsetting a powerful Forney team. The Wildcats trailed 6-2 entering the seventh inning. They scored three runs as Gavin Millsap got on on an error, Mason Buck walked and Kaden Argenbright, Triston McCormick and Dawson Draper all singled in runs. With two runners on, a double play ended the game. Ryan Humphries took the pitching loss given up 4 runs with only 3 earned in five innings. Argenbright was 3 for 4 with an RBI and a run scored. McCormick was 2 for 4 with 2 RBIs. Buck scored 2 runs and was 1 for 2. Humphries had the only extra base hit, an RBI triple. The Wildcats outhit Forney 9 to 7. The Wildcats committed 2 errors.

In the nightcap, the Wildcats spotted Lindale 2 first inning runs but tied the game at 2 in the top of the third. Lindale scored 3 runs in the bottom of the third on three walks, a squeeze bunt and a lone single to take a 5-2 lead. After the Wildcats sliced the lead to 5-3 with one run scoring without a hit in the top of the fifth, Lindale tallied three more times in the bottom of the fifth on two singles, a double and a sacrifice fly to lead 8-3. The Wildcats could manage only a single in the top of the sixth and the game was called due to time. Draper took the pitching loss. The Wildcats had only 4 hits in the game. Draper and Kamren Harrison had RBI’s for the Wildcats. Argenbright, Humphries and Draper scored runs. Argenbright and Humphries were 1 for 3, Easton Silman was 1 for 2 and McCormick was 1 for 1. The Wildcats are 0-2 for the season. They will play Waxahachie at 11 a.m. Friday at Tyler Lee Field and Nacogdoches at 3 p.m. Friday at Mike Carter Field in Tyler. The Wildcats play Whitehouse Saturday at 5 p.m. on Mike Carter Field in Tyler. 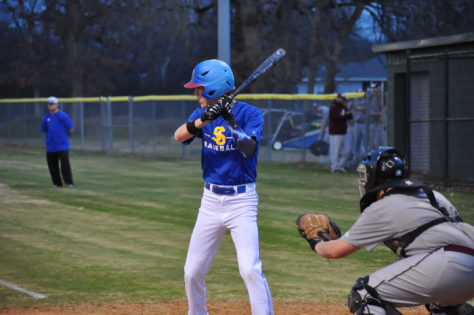